THE primary school headteacher on Â£270,000 a year is devoting much of his spare time to rubbing his doctor’s nose right in it.

Mark Elms stressed that while the increased spending power was utterly fantastic, the absolute best thing about his vast salary is that it is almost twice that of his local GP.

He said: “I get 28 weeks holiday a year and he only works until midday, so over the year we put in roughly the same amount of time.

“But he had to pass all these incredibly difficult exams, full of huge, complicated words, and he has to know the name of every single little bit of the human body.

“I just point at some random eight year-old and say ‘oi you, pick that up’. If I actually remember any of their names I reward myself with a weekend at the Dorchester.

“The rest of the time I just wander up and down the corridors, occasionally popping my head round the door to remind some haggard, middle-aged woman to be really good at teaching.”

He added: “Of course, half my salary was for attending a series of meetings where I brilliantly agreed that it was important to teach poor children how to spell.

“It’s vitally important work and I would gladly have done it for eighty or even seventy grand a year.”

But Elms stressed the greatest motivation for a modern head teacher was finally being able to wipe the shit-eating grin off their GP’s bastarding face.

“Before Labour came to power, whenever I went to see him, he would always pretend he didn’t know I what I did for living and then when I told him he would ask how many times I had failed to get into medical school.

“Then he would buzz through to his receptionist and ask her to rearrange his tee-off time before spinning round slowly in his chair and smiling at me.

“So this morning I shall collect my new Aston Martin DBS Volante, drive it to his surgery, beep the horn until he comes to the window and then shout ‘rearrange this, you fucking wanker’.” 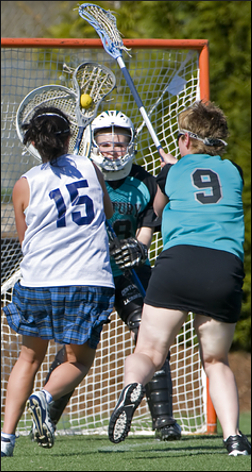 Latest figures show almost 50% of girls spit-roasted by high-fiving sportsmen in mid-price hotels in the last year have attended a specialist, fee-paying slut academy, such as Â£6,000-a-term St Agatha’s in Guildford.

St Agatha’s, whose motto is Latin for ‘orange and dirty’, teaches a broad curriculum, including threesomology and how to arrange a floral display with a mouth full of happily married wing-back.

But Professor Henry Brubaker, of the The Institute for Studies, warned the rise of private skank education was creating a ‘two-tier’ system of vacuous,
bow-legged tarts.

He said: “The girls from the top schools are getting all the premier league
footballers, while those without formal training are restricted to
lower-status players, spiky-haired local radio DJs and Beppe from Eastenders.

“They’d consider themselves lucky to fellate Dean Gafney behind a skip.

“Skankosity, once the preserve of the untermenschen, is being increasingly co-opted by the middle class. A bit like
caravan holidays and having an allotment.”

Would-be skank Nikki Hollis said her state school education has
left her excluded from the upper echelons of slutting.

“I think we had one lesson where we watched a video of toads mating and
got a leaflet about gonorrhea. How’s that going to help me lure the
cream of Britain’s sporting and musical talent to the Stoke Holiday Inn
Express? Just because my family aren’t rich, it doesn’t mean I can’t
have dreams.”

She added: “But I’d do anything to achieve this. And when I say
anything, I mean utter filth.”