Webber To Start Next Race In A '98 Punto

FORMULA 1 car-pointer Mark Webber will start the next Grand Prix in a
1998 Fiat Punto.

Red Bull’s management have promised Webber that the ashtrays will be cleaned and the boot emptied in order to make the car as competitive as possible. The Punto will also go through the Executive Valet at the local Esso station rather than the Standard Service.

Webber said: “There is no question of favouritism in the Red Bull Team between myself and Sebastian Vettel, although his 14-litre jet powered car doesn’t need push starting in cold weather.”

The controversy started before the Silverstone race when Webber’s car was stripped of 90% of its parts to make an amusing sculpture for Vettel’s dressing room. But the Australian won the race despite his car consisting of a chassis, three wheels and a wing mirror.

Miniature racing pundit Eddie Jordan said: “It was an amazing victory for Webber, as he was basically having to propel his car around the track like Fred Flinstone.

“I’ve seen nothing like it since 1975 when Niki Lauda’s Ferrari broke down at the NÃ¼rburgring and he sprinted the last 15 laps carrying his car over his head.”

Margaret Hollis, the current owner of Webber’s race Punto, said: “I’ve had it since new and it’s a lovely little run-around so it’ll be perfect for the tight corners at Hockenheim.

“I only use it to go to Sommerfield, but I’ve not changed the oil thingy since I bought it so he may want to have that looked at by a man.” 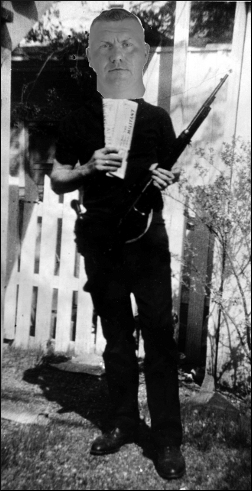 RAOUL Moat was executed on behalf of a group of Tory billionaire businessmen whose names you will never know, it was claimed last night.

According to some of Britain’s most respected bloggers, Moat had become too dangerous to the secret establishment that controls every aspect of your life and had to die in a way that made it look as if he was just some nutcase.

Roy Hobbs, senior investigative correspondent at royhobbs.blogspot.com, said: “It would have been organised by Murdoch, obviously.

“He would have picked up the phone to Andy Coulson in Downing Street who would have had a quiet word with a guy at MI6 who would have given the contract to an operative in Marseille who would then have brought in some hired hands from Turkey, possibly Morocco.

“Meanwhile, the media lap up this cover story about an angry bouncer who beats up kids, guzzles steroids and loves guns.

“Oh, and by the way, it is so obvious that a Sun reporter concocted those rambling, confessional letters full of threats and madness to make Moat look like your typical, self-pitying, narcissistic twat.

“And I absolutely guarantee that none of those men you saw on the news were policemen. They were all Corsican mafia. Look, I’ve drawn this diagram.”

He added: “We’re through the looking glass here people. Black is white and
white is black.”

Bill McKay, a tool from Doncaster, said: “The guy who was shot in Gateshead wanted to end the multi-billion pound war in Afghanistan that maintains the power of the military-industrial complex controlled by JCB and Asda. He had to die and Moat was just a pansy.

“The real autopsy results of both men will show that they were killed with a single shot from a high-powered, German manufactured Mauser, the weapon of choice among former members of the French Foreign Legion. This has got Jonathan Aitken written all over it.”

He added: “And you’ll notice that Moat supposedly ‘shot himself’ in the middle of the night. But any ballistics expert will tell you that’s actually the best time to shoot someone if you don’t want anyone to else to see.”