A GROWN man has revealed that he is still too cool to put both of his bag straps over both shoulders when out in public.

Tom Booker and friend, Nathan Muir spent the weekend walking up the Malvern Hills in Gloucester and whilst Booker put his bag over both shoulders to distribute the weight evenly, Muir insisted on the cooler one shoulder.

Booker said: “He said he didn’t want to look like a nerd. We’ll see who the nerd is when we’re both in our 50s and my shoulders aren’t all fucked up.

“And who was he trying to impress on the side of a hill in the middle of nowhere?”

“His mate looked like a bit of a nerd with his bag over both shoulders, but the other guy was just nailing it.”

Professor Henry Brubaker of the Institute of Studies added: “If you are under six foot, bald and wearing your bag over both shoulders, people are 90 percent less likely to consider you for a promotion or  have sex with you.”

Mum and dad admit they both used to fancy David Bowie 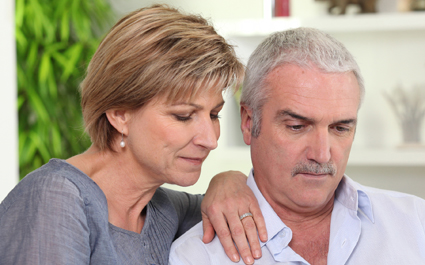 A MIDDLE-AGED married couple have admitted that David Bowie was their first mutual crush.

Hobbs said: “I remember I had just started courting Mary, and she told me about this space guy who was going to be on Top of the Pops.

“I remember thinking ‘who’s this total poofter?’. Then I realised that the makeup was highlighting some audaciously beautiful cheekbones.

“I was okay with the leotard too, when it became apparent that David’s slim but strong physique was perfectly suited to contour-hugging attire.”

Mary Hobbs, who works part time in a school, said: “We used to buy all David Bowie’s singles from Woolworths, then listen to them and daydream about polysexual adventures aboard a glam spaceship full of massive bean bags.

“It was quite typical for the time.”

Roy Hobbs added: “Before Bowie I was into Slade, but in a totally different way as I never used to imagine Noddy Holder’s body pressed against mine.”

The Hobbs’s have spent the morning respectfully listening to Bowie albums and agree that they still sound fucking amazing.