44-year-old pretty sure he should still be about 32

A MAN is increasingly convinced that more than 10 years of his life have somehow passed too quickly, he has revealed.

Middle manager Tom Logan does not understand how he suddenly became middle-aged and feels the only rational explanation is a time warp or other paranormal event.

Logan said: “It feels like it was only yesterday when I was 32 and life was full of possibilities, by which I mean I had a vague plan to be really successful and shag loads of women.

“Then suddenly it’s ‘WHOOSH!’ and I’ve got a fat belly and two kids droning on about Peppa Pig. There’s no way I just got old so I’ve probably experienced some sort of ‘time slip’.

“I remember getting married and starting a dull job but it feels as if it happened to someone else. That would suggest I’m the victim of a secret drug experiment like in Jacob’s Ladder.

“Something weird is definitely going on. How else do you explain me suddenly being rubbish at football when I used to be brilliant at it?”

Logan’s wife Becky said: “I know Tom was a bit down about turning 44, but I don’t think that means our entire lives are an illusion created by ‘the matrix’.”

How to pretend you know about football 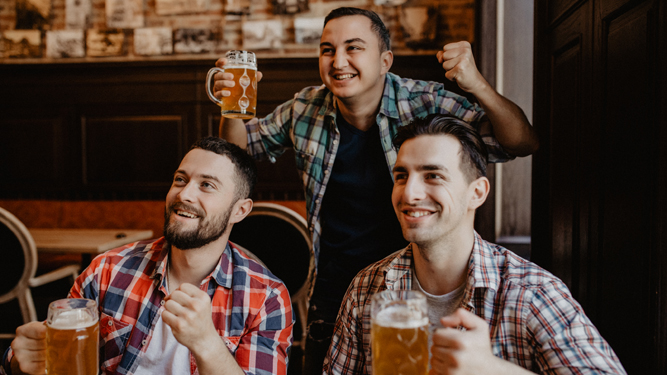 NOW is the time to pretend you’re into football, even though the only player you know is David Beckham. Here is your essential guide to being part of the national frenzy.

The man with the whistle is the umpire. Like tennis, a really good sport, the umpire controls everything and can award a player with a yellow or red card if they think their hair is shit.

If someone asks you who you support you should not mention your standing order to The Red Cross.

The fight lasts for 90 minutes but extra time can be added if there isn’t enough waving from the audience.

If England score grab a nearby man by the head, look into his eyes and say ‘Ooooo, Bill Beaumont-esque.’ Then kiss him on the lips.

On football history, you should know that women were banned at the Brazil World Cup for biting, much to everyone’s relief.

If someone calls you out for being a ‘casual’ impress them with your knowledge of other big entertainment events like The Voice or X-Factor. If they don’t know what Gareth Gates sang in the Pop Idol final then they’re the fucking casual mate.