THE new 45p tax rate is 10 percent easier to avoid than the 50p rate, experts have confirmed.

As chancellor George Osborne announced a cut in the top rate, accountants said the less tax you had to avoid the quicker it takes.

Martin Bishop, a senior tax adviser at Porter, Pinkney and Turner, said: “For every pound over the £150,000 threshold I would have to be at my desk for several minutes trying to find some sneaky away of holding on to 50p of it.

“Now I only have to be an incredibly sneaky little shit about 45p of it, which means I should able to knock-off at about half-four. I shall use the extra half an hour for euphonium lessons.”

Bill McKay, one of Bishop’s clients, said: “Martin is always phoning me at quarter-to-five, asking whether I’d like an offshore trust in Guam or whether I could change my name to ‘Ian’ until the end of March. It is a pain in the arse.”

The chancellor also announced an increase in the personal allowance lifting thousands of people out of income tax and, according to the the independent Office of Budget Responsibility, staving off a blood-soaked revolution for another 18 months.

The OBR also confirmed that middle class gratitude for an extra few hundred pounds a year is heartbreakingly pathetic.

Meanwhile, Labour leader Ed Miliband was hailed for a barnstorming speech in which he spent fully 10 minutes reminding everyone that senior Conservative politicians earn more money than senior Labour politicians because Labour were incredibly bad at being in government.

Is it too late to give the Queen Mother an aspirin? 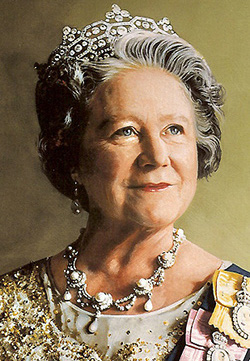 DOCTORS are under renewed pressure to give aspirin to the Queen Mother.

Campaigners say the wonder pill could bring her back to life and make everything the way it shoud be.

Helen Archer, from Stevenage, said: “Britain just hasn’t been the same since she passed away. It’s all angry and full of prima donnas.

“When she was alive everyone was nice and we all had money and the television wasn’t awash with sluts.

“Give her an aspirin. What harm could it possibly do?”

Professor Henry Brubaker, of the Institute for Studies, said: “At this stage it’s impossible to predict how the Queen Mother will respond to a daily aspirin.

“I am very slightly skeptical but five minutes ago we had no idea that aspirin prevented cancer.

“Like the Royal Family itself, aspirin is a wonder drug that surprises us almost as often as it leads to blood in our stool.”

Nathan Muir, from Doncaster added: “We should at least see what it says on the packet.”