This week, I was guest speaker at the local Brownies annual fundraiser.

I decided to focus on the drivel young girls are raised to believe these days. Romantic vampires, virgins, one armed TV presenters – what happened to tales of yore about simple, shoeless maidens whose beauty never went unnoticed by the wealthy king who duly plucked them from obscurity and lived happily ever after in his massive sparkly palace? All my expectations of life and love were dictated by the Paul Daniels Magic Show and I was literally suicidal when it stopped in 1994.

I was immediately disconcerted to look out upon a sea of airbrushed wrinkle-free faces and impossible curveless bodies – most of whom I couldn’t help notice were going braless. There were no fat ones and only one or two dark skins thrown in. I was disgusted at the message this was sending out about the two most maligned minority groups in society. Girls need to know that their edgy looks and controversial facial styles shouldn’t dictate what kind of organisation they swear into. They are being brought up with impossible dreams of perfection and I am humbled to admit I am part of the problem.

I had to show them the Karen they’re so desperately trying to emulate is not the definition of perfection they all imagine. In a flash of inspiration, I emptied a nearby bowl of Wotsits into my hair and announced, “See? Even Beyonce doesn’t fall out of bed looking perfect.”

My audience of gawping, slack-jawed brutes hadn’t understood. Thinking on my feet, I whipped my pants down to give a rare showing of what my fifth form biology teacher giddily referred to as my Mambo Number Five. “Do you think this just magics itself into an exclamation mark every three days? No – it takes hard work and dedication.” I did a little plie to let those at the back see. The gasp that went around the room proved I’d finally got my point across and everyone was in awe of my true humility and womanhood.

At this point, Brown Owl stood up and tried to cut me off. I let out a cry, realising what it’s like to be Adele every single day. If this Owl demagogue thought she could use her knotting skills and position with Jesus to usurp me, she had another thing coming. As she set about thanking me for my time, I pointed at her and began loudly hissing. I’d never tried this technique before but had seen cats do it in my garden and it always seemed to work for them. And sure enough, after 15 minutes she sat back down.

I was a little hoarse by this point but was still able to wrap up with a heart rending performance of Someone Like You, which I dedicated to the memory of Paul Daniels. 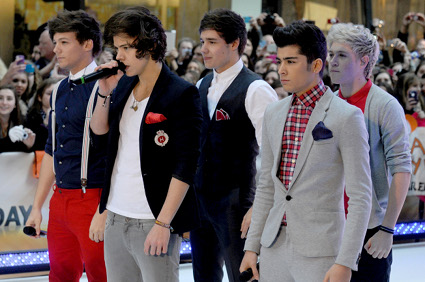