NINE out 10 children never want to smoke cigarettes, preferring the spiralling high of hydroponically grown skunk, according to a new survey.

The poll showed a generation of children have branded cigarettes 'uncool' compared to the prospect of chasing neon leopards with eight friends that are not actually there.

Government campaigns depicting smokers as homosexual PS2-owners in supermarket trainers have led to a record number of youths shunning cigarettes in favour of zoo-strength hallucinogens.

Jack Barnes, a psychotropically-addled teenager from Knutsford, said: "Fags just make your clothes stink don't they? But crack smells lush and makes you feel like your heart's about to implode. It's fucking mint, trust me."

Dealers are increasingly trying to attract younger customers, with a Carlisle drug raid uncovering a stash of ketamine tablets shaped like Barney the Dinosaur and a cache of syringes that play the 'I Keell You!' ringtone when the plunger is activated.

The arrested dealer had also enticed local schoolchildren by cutting his Hippocampus Raper cannabis with Cheese Strings and Sunny Delight.

Although everybody under the age of 30 will be 'functionally schizophrenic', NHS bosses predict that by 2030 smoking will be the preserve of the UK's vast elderly population.

A department of health spokesman said: "It'll be a country full of wheezing pensioners and saucer-eyed, hooting youngsters. You'll need a line of gak and a packet of Regals just to cope with it all." 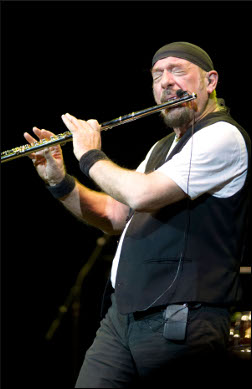 The Al Qaeda chief is believed to have become disillusioned with killing everyone and instead wants to 'explore a new sonic direction', producing a batch of Yes/ELP-influenced tracks linked by the concept of how whales are really time machines.

Security analyst Tom Logan said: "I think this tape is genuine. We know that Bin Laden's close consort Abu Musab al-Zarqawi was heavily into prog, favouring Caravan, It Bites and early Van Der Graaf Generator, so maybe he'd made Bin Laden a compilation tape and got him into it that way.

"This sounds like it's got Bin Laden on vocals and lead guitar with the rest of the band made up of senior Al Queda officials. Intelligence sources believe it's Deputy Operations Chief Ayman al-Zawahiri on drums, and I have to say he's pretty good, a bit like a young Phil Collins."

Al Qaeda fans' reaction to the new tape has been mixed. One devotee said: "I'd just bought a shitload of  fertiliser and was on my way to blow up Tie Rack in Bridgwater when I get a message from my handler saying it was all off and that I should nip into Oxfam and see if they've got any Rick Wakeman albums."

However hook-handed radical cleric Abu Hamzu has surprised his followers by describing the new Bin Laden output as 'intensely groovesome'.

He added: "I used to be a pretty decent bassist before I got my hands blown off fiddling about with bombs.

"When I was doing civil engineering at Brighton Poly we had a band doing Pink Floyd and Alan Parsons Project covers and some of our own stuff, which was more Hawkwind-influenced but with a jazz fusion twist."