MOST men will happily drink a vile coffee if it was made by an attractive woman, scientists have confirmed.

Research by the Institute for Studies found that men would drink a freakish mixture of hot milk and chocolate dusting if it was made by an attractive girl that they are inexplicably trying to impress.

Professor Henry Brubaker said: “If it was a young student type guy just trying to earn enough money to get through his studies then nine out of 10 men would immediately demand a proper cup of coffee.

“They also might call him ‘kid’ or ‘son’ when doing it just to reinforce their position in the cafe as an alpha male.

“Where as if it’s a beautiful young woman who made it, the men would not only drink it they would even return the cup to the counter to save the girl having to come and take it back.”

Coffee drinking suit wearer Martin Bishop said: “I go into two cafes during my lunchtime. One where the coffee’s pretty terrible but the waitress is lovely and the other where I can actually drink the cup of coffee that I buy.” 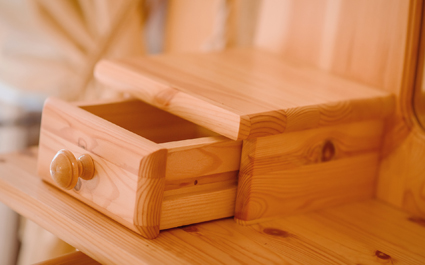 BRITAIN’S children are in no way prepared for what they will find in parents’ bedrooms while looking for their Christmas presents, it has been confirmed.

Professor Henry Brubaker said: “It’s understandable that your child may want a rabbit for Christmas, but not of one of the ‘rampant’ variety which is in ‘that drawer’.

“Same goes for the butt plugs and definitely that thing that looks like a torch but with a fanny on the end.”

Child Nathan Muir said: “I went rooting through my dad’s sock draw and found some of his naughty magazines by mistake.