What’s going on in Israel?

What’s going on in Northern Ireland?

Two people sharing the same level of stardom who hated each other for years have erupted into romance again.

Why doesn’t anyone older than 35 want to talk about it?

Because this isn’t our first time around with this shit.

But the violence in Israel is unprecedented?

Yeah but no. I mean, it’s probably worse, but we’ve been reading headlines about Israel bombing Palestinians while they fire rockets and throw rocks back for all of the 70s, 80s and 90s and so on. It’s tragic and horrible and apparently nothing can be done to stop it.

What about Northern Ireland?

Largely the same, except it mostly stopped for a bit but it turns out they still hate each other. Seriously, this was like every news headline for what seemed like decades.

That was even worse. An absolute 24/7 non-stop media blitz from 2002 to 2004. All channels, all newspapers, films, music videos, everything. We barely escaped with our lives.

Surely there’s something we can do to stop it?

Mmm. Good luck. Israel has America on its side, it’s an anti-Semitism minefield and the roots go back about 3,000 years. In Northern Ireland both sides are prepared to throw petrol bombs at anyone saying the wrong thing. And with Affleck-Lopez you’re going up against the entire gossip-media entertainment complex, plus stans on Twitter.

So what do we do?

Same as last time. Accept we’re powerless to intervene and leave it to burn out on its own. And pray to God there isn’t another Gigli. 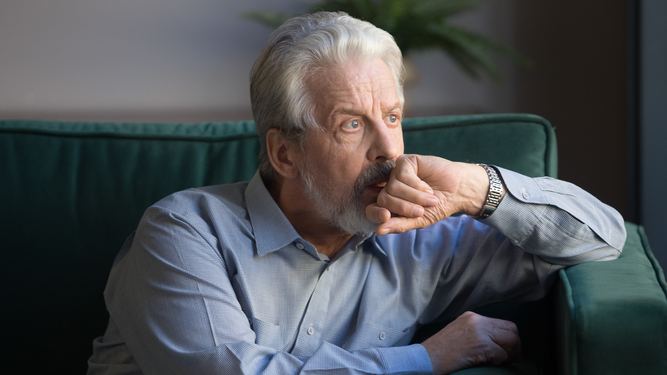 I was sitting down for my tea the other day and put on the television only to see an advert for Morrisons with a black family in it.

But at teatime? This sickening diversity propaganda put me right off my potato waffles.

My daughter, who’s not married yet, tells me she insists on being referred to as ‘Ms’.

What’s wrong with ‘Miss’? These snowflakes probably want to ban Agatha Christie because it’s not ‘Ms Marple’. No one’s suggested that but I was so upset imagining it I had to sign off work for a fortnight.

What really distresses me though is people putting preferred pronouns on social media. It’s ruined every normal person’s life.

After 25 years of wrestling with my conscience, I finally accepted the concept of the homosexuals.

I had a breakthrough last week when I was able to utter the words ‘Larry Grayson’ without vomiting.

But now they’re throwing these transgenders in our faces. It never ends. I mean, couldn’t they have waited, say, 40 years, just to give us a breather?

Have you been a victim of woke? Contact us at [email protected]