I write to complain that my daughter Ellie’s recent science project, which I put a lot of effort into making just crap enough to look like the work of an average eight-year-old, has received no recognition whatsoever.

You asked a child who struggles with glue to create a working model of the solar system. Impossible. Clearly your request was for a parent to spend a fortnight doing it for them, and I rose to the opportunity.

But yesterday, after delivering our good-but-not-obvious-a-grown-up-has done-it solar system, featuring very creative use of egg boxes, I was shocked to discover that I – and technically, my child – did not even gain third place!

Instead Umar’s rocket ship, which frankly was lazy work by his father, took first prize and second went to a girl whose mother does not work so has nothing better to do. What kind of example is that to parents?

Have you even considered the effect this may have on my daughter’s mental health?  She has had to watch her stressed-out mother hunched over the kitchen table, night after night cutting tiny stars out of tin foil only to be beaten again.

I was also absolutely disgusted to find that the entry on display in reception, by Susan Traherne who barely even lives in catchment, was a simple pencil drawing of the Milky Way that looked like the work of a child. The school has let itself down.

PS:  I note that the Christmas homework project is to make a Viking longship. As a woman with a fine arts degree who once received a Blue Peter badge for her Tracy Island, I trust that my daughter’s entry will get the recognition I deserve. 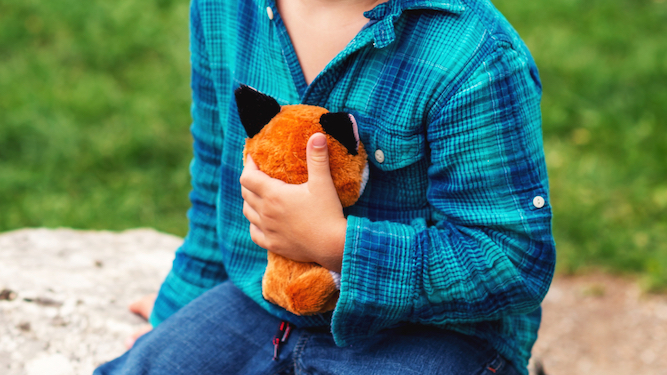 A MOTHER-OF-THREE has realised that a stuffed toy fox sent home by school has been visiting her house since 2006.

Donna Sheridan first encountered Fitzy, who is washed once a year, when her four-year-old son brought him home from school and the family was forced to spend the weekend photographing him in different fun locations.

On seeing her seven-year-old daughter waving the fox excitedly as she returned from school, Sheridan calculated that she had been spending a week a year with the toy since the Blair years, more time than she spends with her own brother.

She said: “Fitzy. Back again. My old nemesis.

“I didn’t realise, back then when even the Arctic Monkeys were new and fresh, that I’d still be welcoming this threadbare bastard into my home on the verge of 2020, but here he is again.

“He’s meant to encourage children to play outside and be physically fit. We get him in November, December, January and February. Yes, we had him for Christmas one year. Still got the photos.”

She added: “Though with the attached book full of other children’s reports and photos, you do get to snoop at their houses. Urgh. Nasty carpets. No wonder the girl’s got such bad handwriting.”