A-Level students reassured that it's all bollocks

STUDENTS getting exam results have been reassured that even if they did less well than hoped, the whole thing is a load of bollocks.

Senior lecturer Tom Booker said: “It all seems like a big deal, especially if you’ve got aspirational middle class parents on your case.

“But whether you get into a good university or not, you aren’t going to learn very much. It’s just as pointless as school.

“The entire sum of human knowledge is on the internet anyway, if you’re really that interested.”

Booker confirmed that the main point of getting a degree was so that potential employers do not chuck your CV straight in the bin.

“But you can always lie about that stuff, it’s not like they’re going to check.” 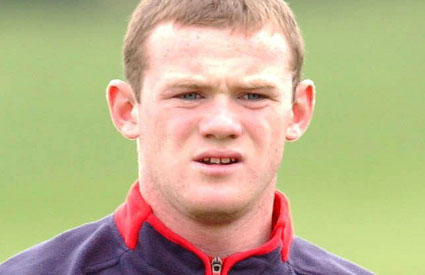 MANCHESTER United has made Wayne Rooney its new captain as reward for his unswerving dedication to the club.

According to chief executive Ed Woodward, the appointment is the logical next step in Rooney’s Man United career, after the 28-year old demonstrated his loyalty by submitting just two transfer requests in the past four years.

Woodward said: “He has worked tirelessly to inspire his teammates through his repeated efforts to force a move to Real Madrid, his constant jockeying for a wage increase and his recurring bouts of fatness.

“We’re confident that he will set an excellent example to younger players, who can always look to him for a comforting elbow to the ribs or a quiet four-letter word in the ear.”

Manchester United fan Donna Sheridan said: “It’s a good thing there are no recent instances of this club getting a big decision wrong, as the seamless handover from Alex Ferguson to Louis van Gaal demonstrates.”

Rooney has promised to repay the club by gorging himself on waffles, getting in a mood, and demanding another pay rise in six months’ time.