THE 70s and 80s were a golden age for dads. Here are some of your father’s weird, self-indulgent habits which were somehow considered normal back then.

Avoiding visitors by hiding in the loft

Nowadays people try to behave in a mature way with visitors they’re not that keen on. Your dad had a much bolder approach: hide in the loft. He’d spend ages up there, supposedly ‘checking the joists’ or some other bullshit task, just to avoid a five-minute chat with his brother-in-law about his caravan.

Certain chores were verboten for dads

In this era of relative equality, it would be odd for a male partner to never do the laundry. Not the case with your dad, for whom loading the washing machine was literally impossible to imagine, like getting married to a triangle.

This tiresome joke was something like ‘A Jamaican rabbit went into a pub and ordered a toastie…’ The main scenario would be repeated a tedious three times, followed by a confusing punchline he’d have to laboriously explain: ‘The rabbit dies of ‘mixing my toasties’. Myxomatosis!’ For some reason everyone laughed dutifully at this, when really it should have been nipped in the bud.

And boy did he have a lot of opinions, invariably wrong. The Argies would defeat the task force and invade Cornwall, Charles and Di were the perfect couple, Uri Geller was no fraud. He even had the ability to tell if a TV programme you were enjoying was a ‘load of rubbish’ after watching five seconds of it, wisely making the whole family watch Match of the Day highlights instead.

These days parents are urged to be sure they are giving the right advice. Your dad held forth freely on everything from injuries (‘Your ankle’s turning black… you need a dab of TCP on that’) to being bullied. At which point you trotted off happily to get the kicking of lifetime thanks to using a ‘deadly’ karate chop your dad saw on TV.

If your dad wanted to talk about the boiler for half an hour, he would, even if everyone present clearly wanted to peel their faces off out of boredom. Tact was similarly unnecessary. If someone had died he’d see no problem with starting a bollocks conversation about ghosts, until your mum put on a quiet yet incredibly threatening voice and told him to shut up and get some more biscuits.

Kate in a pretty dress: Six reasons why Jamaica should drop this republican nonsense immediately 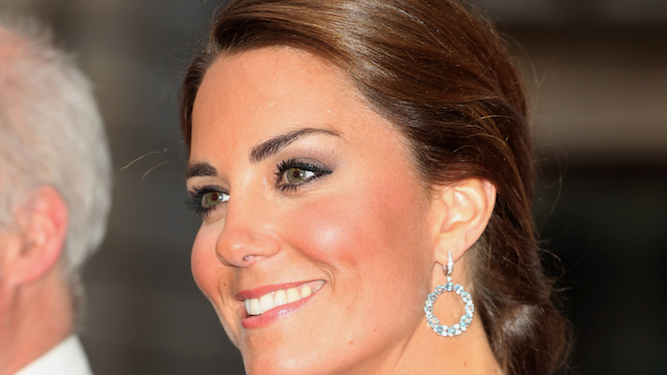 REPUBLICANS in Jamaica still expect to push through their divisive anti-monarchy agenda despite being visited by a thin white woman. Here’s why it can’t happen:

We’ve brought out the big guns to battle this insurrection. The Duchess of Cambridge herself has blessed your insignificant island with her glowing presence. She’s banged bongos, swum with sharks and worn colourful dresses. She is a living, breathing argument for monarchy that is impossible to refute.

Though sadly resembling his father, Wills is always game for a laugh, proving conclusively that Caucasian hereditary heads of state from 4,561 miles away are a brilliant idea. He’s climbed into a bobsleigh and sort of shiftily implied he’d seen Cool Runnings. What else do you want?

Their children are angels from heaven

They’re not on this tour but George, Charlotte and the other one are divine beings of pure light who have descended from the ethereal plane to uplift humanity to utopia. And just think, in no more than 70 years one will pretend to rule your lucky, lucky country.

Nobody did anything mean to Meghan

Just because the only black member of the Royal Family quit after less than two years making claims about racism or something doesn’t mean any of it was true. She’s a Hollywood princess who lives in an imaginary world. Kate and Wills love black people! That’s why they’re here!

Who are you going to have instead, a president? Some boring Jamaican man without any palaces, jewels or a tradition of rich pageantry? Imagine how you’ll feel in 20 years when George announces his wedding to a woman as pretty as his wonderful mother and you’re not a part of it and don’t even get a day off? You’ll feel like idiots.

The Queen will be upset

In her Platinum Jubilee? When she’s already lost her husband, her favourite son’s been in all that silly bother and her grandson’s turned on her? And you’re planning to leave her without the dancehall riddims she so enjoys? How could you? If she dies it’ll be your fault.