GROWN-UP woman Emma Bradford believes her cat can see the spirits of the dead.

Bradford, who can vote and drive a car, thinks that whenever the cat looks at the corner of the room it has seen a spirit emerging from the wall.

She said: “He does it all the time. If it’s not spirits, what is it?

“Sometimes he’ll be asleep but then he’ll suddenly wake up and run off, apparently for no reason. This is because an invisible dead person has sat on him.”

Bradford’s cat Jester recently disappeared for two days, because he either got locked in a garage or he was in the ghost dimension talking in the shared ghost/cat language to the floating head of Napoleon. 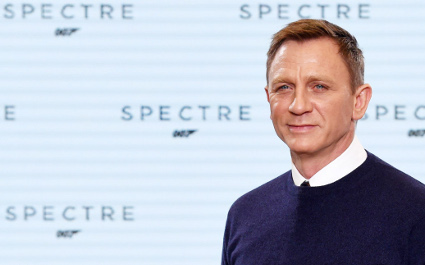 BOOKIES have announced that Daniel Craig is odds on to become the first white actor to portray John Shaft.

The iconic character – a no-nonsense private detective from the mean streets of Harlem – first appeared on screen in 1971’s Shaft, but has thus far only been played by black actors.

Craig said: “If I do get the gig I don’t want to simply be known as ‘the white Shaft’.

”I’d bring new depth to the character by swapping Shaft’s iconic leather trenchcoat for a quilted Barbour and having the chase scenes soundtracked by Muse and Neil Young.”

Shaft fan Wayne Hayes said: “The idea that he could be played by a blonde-haired, blue-eyed man who spent his formative years in Frodsham, Cheshire, is simply not in keeping with the spirit of the character.

“Craig was great in the James Bond films, which are justifiably seen as classics of whitesploitation cinema, but that character races around shooting guns and shagging loads of women which is totally different to Shaft.”