Adult birthdays to be ignored

GROWN-UPS should stop expecting to be treated as if they are special once a year, it has been claimed.

New research has found that the birthday of anyone older than 25 is nothing but a chore for all concerned.

Professor Henry Brubaker of the Institute For Studies said: “After your mid-twenties these things just become tombstone markers in the inexorable march towards mortality.

“If you’re turning 37 years’ old and still you want a cake, what you actually need is a fucking slap and a sense of perspective.”

The birthday industry ostensibly is worth over £4 bllion to the UK economy, mainly in sales of cards featuring 50s ladies saying catty things.

However thousands of working hours are lost each year as workers try to think of variations on the phrase ‘”don’t drink too much” to write in oversized cards.

Professor Brubaker said: “I will go out for drinks on an adult’s birthday, but only because I really enjoy the alcohol.”

Dinosaurs totally made up for benefit of toy industry 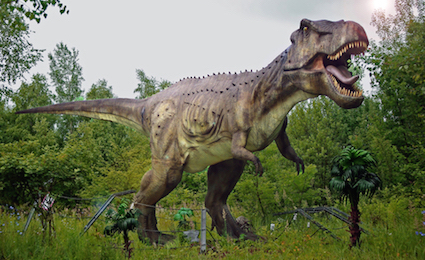 GIANT lizards from prehistory were just made up to sell toys and books, scientists have admitted.

Suspicions were aroused after researchers claimed to have discovered a new dinosaur that was fiercer, cooler looking and more marketable than Tyrannosaurus rex.

Paleontologist Tom Logan said: “After we brought it out, I had phone calls from angry parents saying they were running out of cash and could we please stop discovering new dinosaurs.

“I came clean and explained that the mere idea of giant lizards is ridiculous. What would they even eat? And look at the T rex, obviously that would just topple over.”

The dinosaur racket began in 1824 when toy companies asked scientists to imagine some extinct animals kids would love in exchange for funding authentic, boring research.

Logan said: “Once a week all scientists go to the dinosaur development lab in Kent and everyone has to pitch three ideas.

“My best one was ‘lizard cat with retractable tail’ but one of those bastards from Oxford said it was ‘too He-Man’.”