ADVERTS which portray family meals as happy affairs are misleading, it has been claimed.

Commercials for stock cubes, supermarkets and butter depict households enjoying each other’s company at the dinner table, rather than simmering with mutual resentment.

Martin Bishop, from the Advertising Standards Authority, said: “The only thing most families have in common is DNA. It’s not like they’ve chosen to hang out together because of their shared interests and world views.

“Also they see each other every day, meaning there is little in the way of personal news except problems with public transport.

“So the chances of them all having a great laugh together are very slim to zero.”

However he praised a new advert for spicy beanburgers where the teenage daughter has become a vegetarian just to annoy her mother.

“You see a brief flash of loathing as the daughter says, ‘I don’t eat your food any more, it’s immoral’. The dad then mutters something about hippies and leaves the room.

“Everyone thinks he’s just gone to the toilet, but he never comes back.”

Fans of The Newsroom shocked by Jeff Daniels' Emmy 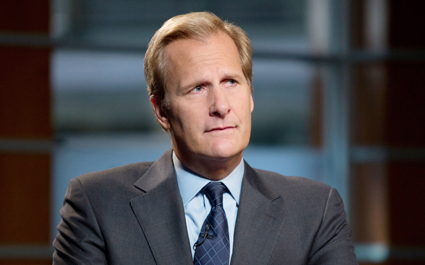 FANS of Aaron Sorkin’s The Newsroom are surprised and angry after star Jeff Daniels won the Emmy for best actor.

The devoted viewers said Daniels’ honour could make other people think the show had some cultural merit and that fans are watching because they like it rather than to see how much worse it can possibly get.

Newsroom enthusiast Helen Archer added: “We call ourselves ‘roomies’ and our motto is ‘most pathetic TV show ever’.

“True fans of the show like to spend long hours discussing how the producers can sleep at night and why Aaron Sorkin isn’t living in a skip.”