New data shows there are 19 per cent more ageing men cupping one hand to their ear and scratching with the other than resting their finger-picking hand on their gut while extending the other vaguely outwards.

Pub landlord Norman Steele said: “There are areas of crossover – the air DJs will switch to guitar for Fool’s Gold – but in the main it’s all about doing spinbacks and pushing the faders.

“I put Pump Up The Volume by M/A/R/R/S on last week, and the pool table area came alive with balding men dropping some pretend scratch science.

“One guy was even flipping through an imaginary record box with a stern facial expression before doing an imaginary bump of coke.”

Teenager Emma Bradford said: “My uncle Matt’s so fried that one of his hands is permanently holding an imaginary record aloft as if to suggest it is a ‘tune’. We lead him around the front room like a cat, his knuckles scraping on the ceiling.

“It shows how pathetic behaviour can cross cultural divides. I look forward to 2045, when I horrify my kids by hitting the dancefloor and doing air selfies.” 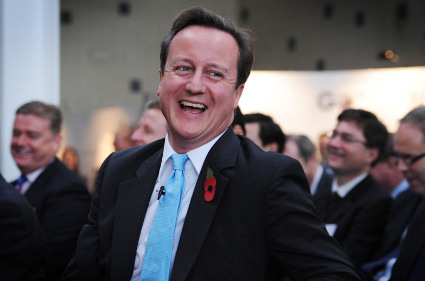 DAVID Cameron has urged Britain to get into the spirit of the general election instead of accusing him of lying.

The Tory leader refused to apologise for claiming Labour would hit everyone with a ‘£3000 tax bombshell’ insisting that while it may have been complete fiction, it was also a really good story.

He added: “If you’re going to call me a liar just because I’m lying every time I open my mouth then the next five weeks are going to take ages. For Christ’s sake let’s try and enjoy this.

“Labour will force you to sell your house to a Frenchman and then the Frenchman will live in the house with you and touch you on the bum while you sleep.”

Labour leader Ed Miliband said: “Okay, here goes. The Tories will charge people for being gay and if you can’t pay then you have to stop being gay or you go to prison.

He added “David Cameron murdered a guy. I saw him do it. He shot him in the face. And then he peed on him.