All of man’s knowledge about coffee

A MAN knows a great deal about coffee but nothing about anything else, it has emerged.

Friend Julian Cook said: “If you hear Tom talking about coffee he sounds super intelligent. He knows about cold-drip brewing and can detect a hint of vanilla and an ‘enzymatic aroma’ in something that to me just tastes of caffeine.

“But he knows fuck all about anything else.”

Logan’s ignorance of non-coffee related topics became apparent when he claimed that France was a part of Wales.

Cook said: “I said I was going to France and he called it ‘the land of dragons and Tom Jones’. He also thinks a horse and a scorpion are the same thing.

“It’s like the coffee knowledge has pushed all other facts out of his brain.”

Cook said: “Coffee-wise I usually order a ristretto, which can be a challenge for baristas as it is difficult to make a good one on a pre-calibrated machine.

“And my favourite fruit is carrots.” 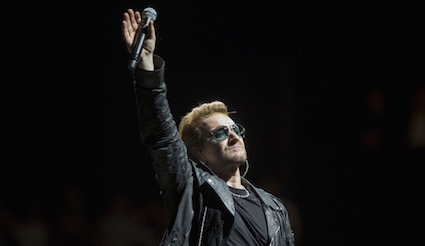 The ruling military junta has conceded defeat to U2, which fought the election on a platform of transparency, democracy, and vague, mawkish cliches about hope.

President-elect Bono said: “My entire career, from those black and white photos in the desert, to jumping out of a mechanical lemon, to the whole iTunes thing, has been building up to this moment.

“My very first priorities will be a new city-centre hotel, a nice big stadium, and an urgent reform of the tax laws.”

Defeated former leader Thein Sein said: “I can’t believe we lost to a man who once rhymed ‘high’ with ‘sky’, and ‘mole’ with ‘hole’, in the same song.”

Tickets for U2’s victory rally in Yangon are now on sale, priced at £300 each.