BOSSES’ increasing reliance on irate emails or ‘e-bollockings’ is leaving them incapable of delivering face-to-face put-downs, it has been claimed.

Research by the Institute for Studies has found that 84% of UK bollockings are simply moody emails.

In most cases the sender will betray no outward signs of anger, appearing absolutely fine five minutes’ after sending when he or she walks past the recipient’s desk and asks if they’re coming to the pub later.

Professor Henry Brubaker said: “Traditionally, underperforming employees would be summoned into the boss’s office – sometimes even seized by the arm and physically dragged – where they would be shouted at for up to three hours with repeated use of the phrase ‘fucking useless’ and possibly even a mug being hurled.

“The e-bollocking, although sometimes effective especially if delivered in BLOCK CAPITALS, is a relatively meek affair. Given the choice, I think most people would rather work for a prick than a spineless prick.”

Britain has a distinguished history of bollockings. The biggest ever recorded bollocking was that given to 13-year-old baker’s apprentice Tom Logan in 1666, for a cake-burning fuck up that resulted in the almost total destruction of London.

Professor Brubaker said: “On a recent research trip to China I saw bollockings far more accomplished than anything we in the UK are currently capable of.

“There’s this factory owner called Mr Pang, he literally just walks around the shop floor shouting, regardless of whether anything’s even fucked up. I suppose you’d call it pre-emptive bollocking.”

Some company executives who are worried about their diminished shouting-at skills are enrolling on booster courses.

He said: “Today we’ve been learning a technique called ‘firing a few fucks into them’.

“It’s much more gratifying than simply sending an email and then spending all day worrying if you spelled ‘disappointed’ correctly.”

Advertising watchdog thinks it's your mum 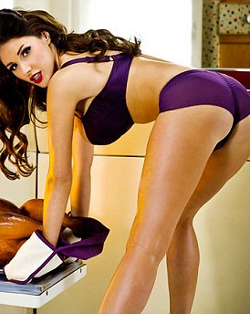 THE Advertising Standards Authority has decided it is your mother.

The ASA made the announcement after banning a series of deodorant adverts that were for too saucy for someone of your age and will get you so excited you won’t eat your tea.

A spokesman said: “We think deodorant adverts should feature an astronaut or perhaps some venture scouts getting plenty of fresh air instead of sitting around all day with their hands stuffed down the front of their trousers.

“What’s down there that’s so interesting anyway? Don’t you think you should get a paper round, do something useful? Or shall we just give your bike to an African?

“It’s bad enough that you spend hours in front of that computer, googling girls with their tops off and goodness knows what.

“Why don’t you go and play football in the park with your friends? It’ll help you get rid of all those funny feelings you’ve been getting. You know, down below.

“And if you see one those deodorant adverts I want you to come straight home.”

He added: “What’s that woman doing bending over a stove with her pants on anyway? Honestly.

“You want to stay away from girls like that. They’ll make you do things you’ll regret.

“Your father was lucky he met me when he did. I dread to think, I really do.”