'Any hole's a goal': six phrases that show you're dog rough

LIKE to pepper conversation with unpleasant, graphic references? Here’s a few that prove you really are a coarse bastard:

Nothing says respect for women like this romantic mission statement. And if you say it to someone you’re keen to f**k and they giggle and aren’t horrified, then you have met The One.

‘My balls are ready to burst’

You haven’t had sex for ages and have a poor understanding of how the testes work. Abstinence doesn’t cause a dangerous build-up of semen, but big thanks for the gruesome mental picture of your groin exploding in a fountain of gonads and high-pressure spunk.

Colourfully vile and utterly transparent way of transferring blame for your unimpressive dick onto your partner. The opposite of a humblebrag: ‘I had sex last night, I was shit.’

‘My fanny’s never been the same since’

Post-childbirth complaint that causes everyone to look at the floor. Marks you out as someone who’ll blab about deeply personal problems for attention. Frankly any vaginal shortcomings are the least of your problems.

‘You don’t get many of those to the pound’

Even the most ardent tit man doesn’t judge by weight. You’ve simultaneously drawn attention to someone’s breasts while treating them as a butcher would livestock. And this is sexy banter to you.

Five other things I saw coming but didn't stop, by Prince Harry 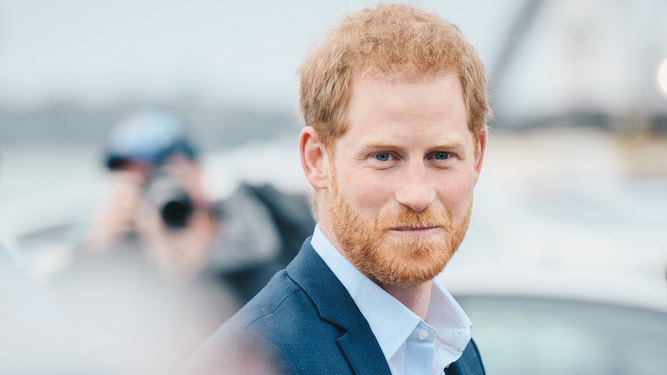 CAPITOL riots, January 7th? Called it mate. I also predicted these events but decided to just let them happen:

It’d been over a century since the last pandemic, so it was obvious. I prepared by quitting Royal life to distract everyone while I hoarded bog roll and sent a stern email to the Wuhan Institute of Virology. Did they listen? Did they f**k.

While everyone fretted over which way the referendum would go, I confidently predicted that 52 per cent would vote leave then cracked a can to toast my magnificent foresight. When the officials finally declared the result, I merely raised a condescending eyebrow and said ‘Took your time.’

The ending of every Jonathan Creek

His powers of deduction might impress you, an idiot, but I’m of regal blood. Creek’s what my thought processes are like on a hungover Tuesday. Within five minutes of it starting I’ve figured out the fiendishly clever solution and told Meghan. And she’s, like, ‘Wow’.

I was no more than ten years old when I told Dad that we were destroying the planet and had to get all nations to sign up to only a one degree rise in temperature by 2040. 27 years later, they’re finally acting on that while acting like it wasn’t my idea all along.

Marvel’s Eternals being a commercial flop

Marvel is an unstoppable cinematic powerhouse that churns out hit after hit, right? Hah. I emailed the producers warning them the source material was weak and you can’t pack that many characters into one movie. They didn’t listen. And I basically am from a family of immortal super-powered being protecting humanity at all costs, so they should have.