Anyone described as having a 'heart of gold' is a rough, scary f**ker

ANYONE described as having a ‘heart of gold’ is always terrifyingly rough, it has emerged.

The phrase is used exclusively to describe those who give every appearance of being intimidating bastards who would punch you as soon as look at you.

Psychologist Dr Helen Archer said: “You’d never say ‘she’s got a heart of gold’ about a kindly-eyed 55-year-old woman with a gentle smile, because everyone safely assumes it.

“It’s something we reserve for massive bikers with missing teeth who yes, would stomp the fuck out of you for saying the wrong thing but might also help an abandoned kitten.

“If a friend tells you ‘you’ll like Janine, she’s got a heart of gold’ expect to meet a woman whose meaty forearms are covered in tattoos, who is known to the police and who will threaten to glass strangers, but was good to your mate once when she got dumped.

“You might as well say ‘Dave is largely the frightening man prone to violent outbursts he appears to be, but occasionally hints at the possibility of being nice.’”

Wayne Hayes of Middlesbrough said: “I’ve got a heart of gold. Take any liberties with it, you’re fucking dead.” 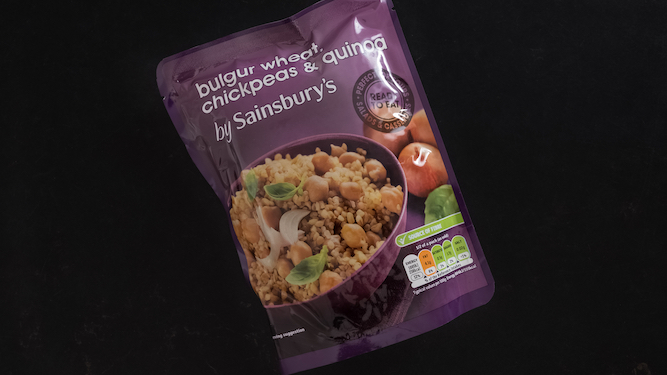 A HALF-USED bag of quinoa in a kitchen cupboard has outlasted its owner’s last three relationships, he has realised.

Tom Booker bought the bag in 2016 in an attempt to impress a girl he was seeing who read books and listened to Radio 4, and it has remained in his home through a further two failed relationships.

He said: “I bought it to put in salads, which I don’t like, and this makes them even worse.

“But however much I use it never seems to go down. It’s like a mealy Terminator.

“I bought it for Emma, who rightly spotted it as a desperate attempt to pretend to be who I’m not, and kept it through Leanne, who didn’t even notice it, and through Natalie, who hated and laughed at me for having it. I miss her.”

Booker’s ex Emma Bradford said: “Perhaps when the bag is empty the curse will be broken and Tom will find the person for him. Or maybe when he finds the perfect girl they’ll finish it together.

“Or maybe he’s just a lazy bastard who eats spaghetti on toast five nights a week.”