A GREAT many unkind things have been said about me since my resignation on Friday. I have been called dishonest, ill-prepared, deluded and hopeless.

But I have one consolation; that in months to come I will look like a shining example of selfless statesmanship compared to the prime minister who comes after me.

No matter who wins the Conservative leadership contest, and what outlandish promises they make to do so, their failure is assured. However they will not fail slowly and with a certain doomed dignity, as I did, collapsing with the grace of a drunken giraffe.

Their failure will be swift, brutal and certain. Before they have unpacked the box with the toaster in they’ll be facing mutinous colleagues, unbeatable parliamentary arithmetic and the EU very politely, in 27 different languages, telling them to fuck off.

Imagine Boris coping with that. He’ll barely have given his little PR girl a Downing Street tupping when the first knife goes into his back. Imagine Gove suddenly realising that he thought everyone hated him already but that was the tip of the iceberg.

Raab, McVey, Mourdaunt, that twat Brady; it doesn’t matter who it is. They won’t have been in the job two months and they’ll be losing an election to Karl Marx’s garden gnome and a pint of beer that smokes fags.

After them, Britain will look back on the May years as the good times much like Soviet Russia missed the Tsar. Now sod off. I’m catching up on Midsomer Murders. 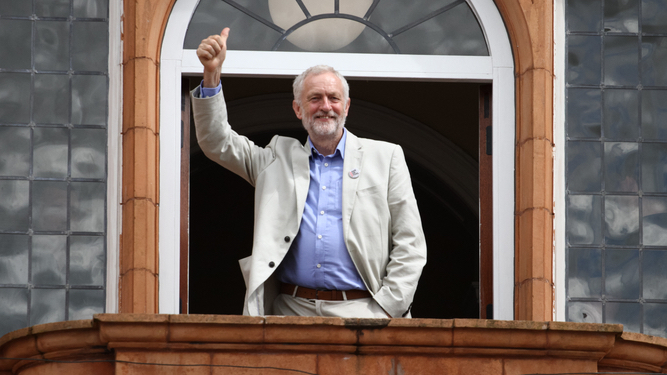 THE British public has welcomed the long overdue resignation of Theresa May and asked Jeremy Corbyn to hand his in next.

Voters believe that if the UK is finally clearing out uncommunicative and useless party leaders who do nothing but further their own interests, there is an obvious next step.

Susan Traherne of Reading said: “Look at Theresa May’s reasons for resigning: party not with her on Brexit, check, unpopular with the electorate, check, achieved nothing in three years, well looks like it’s three in a row, Jeremy.

“You’ve had your chance, like she had. You’ve bollocksed it up, like she did. Let’s hold a double retirement party and see if we can’t get some leaders that actually represent Britain, yeah?

“Go on, do a big speech about how you would have been brilliant if it wasn’t for everyone stopping you, like your deluded counterpart, and then you two can have a nice long grizzle about it in the Commons bar.”

Traherne added: “The Lib Dems should have a leadership contest too. Oh, they already are? How was I supposed to know?”