Apocalypse confirmed for 4.59pm this Friday

THE world is going to end just as everyone is turning their computer off ready for the Christmas break, it has emerged.

Office workers, who had been really looking forward to some holiday after slogging through the most arduous months of the year, are dismayed at the news.

Sale co-ordinator Nikki Hollis said: “This is just bloody typical. HR says we can’t leave early on Friday because there’s nothing in our contracts about the End of Days.

“I suppose the last thing I’ll ever see is a message saying ‘You have successfully logged out’.”

Telemarketing operative Tom Logan said: “I guess I could chuck a sickie on Friday but it’d be pretty obvious.

“Apocalypse or not, I”m still scared of my line manager.”

Professor Henry Brubaker of the Institute for Studies said: “We’ve done all the relevant tests and it turns out everything’s just going to stop, like when someone switches off a telly.

“No asteroid, no earthquake, just the barely audible clicking of the cosmic ‘off’ switch following by infinite blackness and silence, forever.”

“Anyone who doesn’t have to work will be frantically uploading photos of themselves on a mountaintop, dressed as a Confederate soldier, lying on their side and covered in yoghurt.

“It seems that, ultimately, the most important thing in life is to make people think you’re cool.” 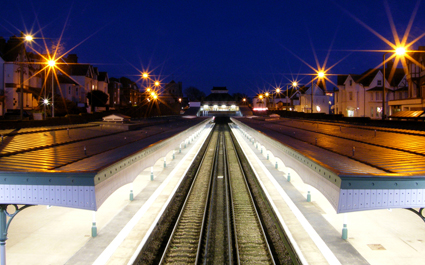 THOUSANDS have immediately decided it will be impossible to visit their partner’s family this Christmas after hearing something about rail strikes.

Plumber Stephen Malley said: “I’ve no idea what the specifics are, but I’m sure this means we can’t go and stay with my wife’s mother.

“Also of course the roads are off limit because of ice. And winds, strong winter winds.

“Damn those unions, I was really looking forward to four days shut in a racist house with a tin of stale biscuits.”