PARENTS have been warned about audiophiles, who are increasingly targeting young people for dull chats about hi-fi. The audiophile knows what this is

14-year-old Tom Logan said: “I was looking at an old Fleetwood Mac record, when this bald man kind of crept up beside me.

“He asked me what kind of equipment I had at home, then before I could reply started describing his turntable which was ‘belt drive’ with a ‘low noise bearing’.

“I was trying to make my excuses but he launched into this long ramble about his ‘listening room’ and ‘tonearm setup’.

“It was so tedious that I began to feel woozy. Also I remember his breath smelled of stale cake and he had short grey stubble all over his head.

“I don’t know why but I got the feeling he was probably a dentist or accountant.”

Parent Tom Booker said: “Audiophiles target vulnerable young people then bombard them with the dullest information imaginable, to make themselves feel cool and ‘with it’. It’s disgusting.

“We had an audiophile living on our street, until his house accidentally burned down.”

Former audiophile Roy Hobbs said: “I admit it, I was obsessed with high-end audio equipment and the nuances of stereo reproductions. Sometimes I would corner younger people and make them discuss this.

“But then audio information lost at source is…no. Stop it Roy. Stop it.” 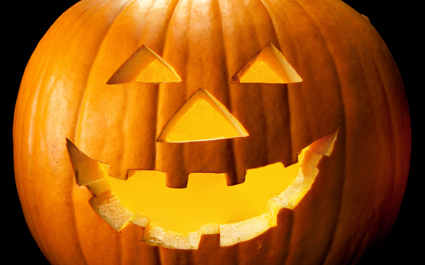 SOCIALLY isolated Tom Logan is celebrating being able to make a ‘vege-wife’ without being labelled insane.

47-year-old Logan, who has lived alone for 25 years, has named his pumpkin Britt Ekland and had a long chat with it about next door’s washing line.

He said: “All year I’ve been waiting to carve a lovely kind, beautiful face into a fruit or vegetable. Thanks to Halloween for making this not weird.”

Logan added: “I’m still hopeful of getting a visit from sexy trick or treat ladies in Bo Peep and Catwoman outfits, like you see in US sitcoms.

“Although thinking about it Britt does have a jealous nature, maybe I won’t answer the door.”