THOUGHTFULNESS is on the increase across the UK with some people taking almost four seconds to choose a Mother’s Day present, it has emerged.

The Institute for Studies found the average time spent selecting a gift for the annual obligatory display of affection increased by just under one third of a second.

Professor Henry Brubaker said: “People are no longer just reaching for the first chocolate product or flowers that costs approximately a fiver. They are momentarily deliberating between products before thinking, ‘yeah, that’ll do’.

“At least we hope that’s the case. Possibly it’s just because they’ve rearranged garages so that the generic flowers are slightly harder to spot.”

Meanwhile, there is also evidence that general gift quality is increasing.

Bill McKay, from Darlington, said: “What with inflation and how much I love my mum, I’ve increased the budget to £6.20 including the card.

“I would always get the generic flowers in the sort of plastic sheath – paid for, mind, not just lifted from the site of a bad crime – or whichever chocolate selection box has a sticker on it saying ‘gift idea’.

“This year though I’ve decided to be more original and get her eight Double Deckers. It’s much better value in terms of weight.

“Plus they’re on offer.”

Teacher Nikki Hollis said: “I know my mum would do anything for me,
that’s why I don’t really need to bother with a decent present, although
I shall drop in with a card this Sunday. The fact that I’m spending
time with her rather than doing somethng I want to do will mean the
world to her.”

Father-of-two Stephen Malley added: “It’s all a big marketing thing cooked up by Americans in the Fifties, or something. The maternal bond shouldn’t be commodified or reduced to the giving of a product on an arbitrarily-allocated day.

“At least that’s what I’m telling myself after just discovering the fucking garage is shut.” 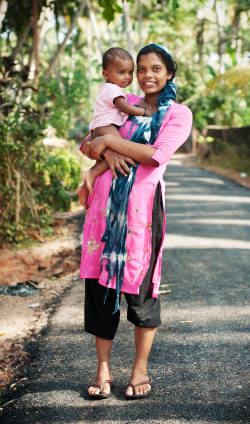 THOUSANDS of heads were exploding across Britain today as people tried to work out which Daily Mail story was a hoax.

Homes and offices were filled with the strains of mounting confusion followed by a wet bursting sound as walls, ceilings and bus stops were spattered with fresh brain.

Dr Tom Logan, a psychiatrist, said: “The first candidate is ‘Feminism widened poverty gap’ which seems to be an obvious and grotesque falsehood, but of course the Mail thinks it’s true.

“Next up is the attractive public school teacher getting her knockers out – but they do about four of those a day at the moment.

“Naturally we can skip past ‘India to overtake China as world’s biggest nation’ because, to the Daily Mail, that is deadly serious.

“Then we have ‘Only English people pay for prescriptions’, but they specifically point out that it’s not the April Fools joke, lest they miss an opportunity to ramp up the seething hatred between people of all backgrounds.

“Then there’s ‘Men with pot bellies more likely to go blind’ which does have the feel of a Daily Mail hoax because it would be so horribly cruel and unfunny. But there is some science in it apparently.

“That leaves us with ‘Garden hedge that looks like Buddha sparks religious hate campaign’. But of course that is the sort of quintessentially English reaction to Buddha-shaped topiary that can only be true.

“Actually, can we stop for a minute? I’m starting to feel a build up of pressure behind my left ear.”