SEBASTIAN Coe has launched the first tranche of excuses about why something in the Olympic Stadium doesn’t work.

With just 16 months until the games begin, many had feared workers would run out of time to explain why the toilets don’t flush and all the seats are facing the wrong way.

But Lord Coe said: “It’s a beautiful testament to British buck-passing and I can’t wait until the opening ceremony to be given the chance to explain why the place is half-empty and smells like a cesspit.

“I don’t think anybody wants to see a re-run of the disgraceful scenes in China with its breathtaking spectacle running like clockwork.

“And if they do, they’re barking up the wrong ill-conceived, mindblowingly expensive and ultimately ruinous tree.”

Some have cited the stadium’s completion on time and under budget points to a successful project not requiring excuses, but the builders have promised that will all change as soon as anybody tries using the electrics, the plumbing or any of the floors.

Coe added: “Then there’s the issue of a transport system unable to cope with a coach party of pensioners from Leeds, let alone the numbers associated with a hamfisted international sporting event, to concoct excuses for.

“And, lest we forget, the whole thing is in East London.”

The stadium will be opened officially next week by Lord Coe and London mayor Boris Johnson, who will then launch an immediate enquiry into why there was piss everywhere. 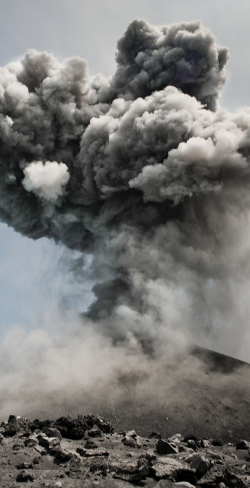 GROUND-breaking budget airline Ryanair has unveiled the industry’s flimsiest every bullshit excuse for a price rise.

The whingeing, sky-based hellhole said it would have to add £2 to ticket prices because of some EU ruling about volcanoes and winter.

Industry analysts said it was yet another game-changing manoeuvre from the business which finds up to 137 different ways a year to charge people more money for doing less, while ocassionally flying them to the country they actually want to go to.

Nathan Muir, from Madeley-Finnegan, said: “It’s the carried-away-on-the-breeze flimsiness of these excuses that leaves their competitors flailing.

“Whether it’s the shoe charge, the not being punched in the face charge or the paying the wages of some poor Filipino to empty out the big tank full of piss and shit charge.”

“How’s about you just tell me how much it costs and let me make my choice without boring me with the details of your latest pissy-fit with some bureaucrat you appalling, money-grabbing little tosspot?”

“The European Union, in its wisdom… where are you all going? Come back and listen to what I have to say.