A TOURIST claims his rucksack acted independently when it smashed into the faces of fellow passengers on a crowded train.

Roy Hobbs, 21 from Iowa, said that although the 48-pound pack, tent and bedroll combination was attached to his back it was free to make its own decisions.

Hobbs said: “If it chooses to lash a kid across the cheeks with one of its straps, knock someone’s coffee out of their hand and all over the lap of the person next to them, or rub up against the breasts of a female student causing embarrassment and chafing, then that is its own business.’

“Besides, who are we to tell the rucksack what to do? The rucksack abides by its own ancient code.

“A rebel and a maverick, it refuses to conform to the petty conventions of our so-called society.

Everyone wondering what Trotskyists do all day 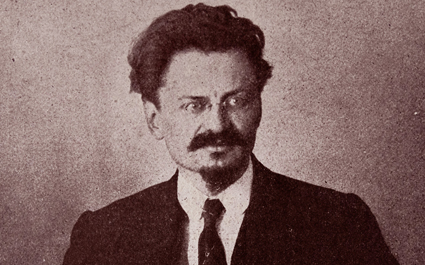 BRITONS are genuinely puzzled by what modern followers of Russian revolutionary Leon Trotsky do with their time.

After Labour deputy leader Tom Watson claimed Trotskyists were influencing the party, many are wondering how Marxist revolution works in 21st century Britain.

Office worker Tom Logan said: “The actual Russian revolutionaries did things like arming themselves and taking over public buildings, but people seem to be more into having a job and going to Homebase at the weekend these days.

“I just wonder what a typical Trotskyite day consists of. I’m pretty sure they haven’t overthrown the ruling class yet because it would probably have been on the news.”

Trotskyist Donna Sheridan said: “Modern Trotskyism involves a lot of meetings, which can really drag but it’s better than being murdered by Stalin, plus we go to a pub that does really nice tapas.

“Obviously we try to influence Labour party policy, but more through robust debate than killing people, which I don’t agree with anyway because I’m also a pacifist CND member and vegetarian.

“It can be disheartening at times but I’m sure one of these days the proletariat will start watching Jeremy Corbyn speeches instead of Gogglebox.”