The so-called Second Great Fire began around 9pm last night on the set of the BBC TV cake competition The Great British Bake Off.

At the time the crew were celebrating the victory of handsome young cakeologist John Whaite, unaware that one aspirant baker had left a chiffon cake in the oven.

Because of its notably light texture, when the cake exploded its burning crumbs took to the air like a flaming death-pollen, instantly spreading fiery death over a huge radius.

Among the first victims was host Sue Perkins, who bravely maintained a sardonic demeanour as a flaming marquee collapsed around her.

The fire has since spread across southern England, and is likely to have destroyed London by mid-afternoon.

Historian Roy Hobbs said: “This nation has survived invasion, bombing and epidemics, only to be obliterated by a light entertainment show.”

The Great British Bake Off was co-judged by cake doyenne Mary Berry, who is currently up a tree.

Speaking mid-way through the competition she said: “I never want to see another cake as long as I live.

“The texture, the smell, the whole thing just makes me want to hurl. I used to really like them too.”

May says no to tiny lizards 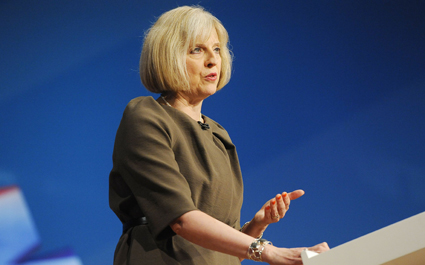 THERESA May has confirmed a set of randomly-selected European things that Britain is going to be against.

The list, drawn in what appears to be the Home Secretarys own bodily secretions onto the back of McDonalds place mat, includes all soft cheeses south of Bordeaux, blue letterboxes and the actress Isabella Rossellini.

May said: We have always been the party that is tough on Polka music and those little dots above vowels, and we must not shirk from that.

Britain must be able to retain its sovereignty and with this in mind, I say no more little lizards that scuttle across your path on the way to the swimming pool of a morning.