THINGS that do not always work perfectly should not be advertised on the television, angry people have claimed.

Emma Bradford, director of the Angry Consumers Association, said: “I have literally thousands of letters from people who bought something because the advert said it was really good only to discover weeks or months later that the thing was not all that good and that the advert was just trying to get them to buy it.

“Adverts should be restricted to very reliable things like bananas and fire engines and big, heavy stones.”

An NHS spokesman said: “It’s swings and roundabouts. While correcting failed lipo is pricey, research shows that anyone stupid enough to want cosmetic surgery should be encouraged to do so as keeping them off the streets for 24 hours can prevent accidents.”

He added: “Imagine being friends with someone who’s had their lips done. How weird.”

If the campaign is successful then cosmetic surgery clinics will join cigarettes as the other thing that everyone has to pretend is invisible.

Meanwhile, the Royal Society for the Prevention of Cruelty to Morons has called for a compromise and devised a message which cosmetic surgery clinics should display on all publicity that may be seen by the extremely dense.

The message states: “Having your body hacked open and artificial things stuffed into it does carry at least a teensy bit of risk and is not really the same as getting your highlights done.

“If you thought it was then you need a brain transplant, which we do not currently provide.” 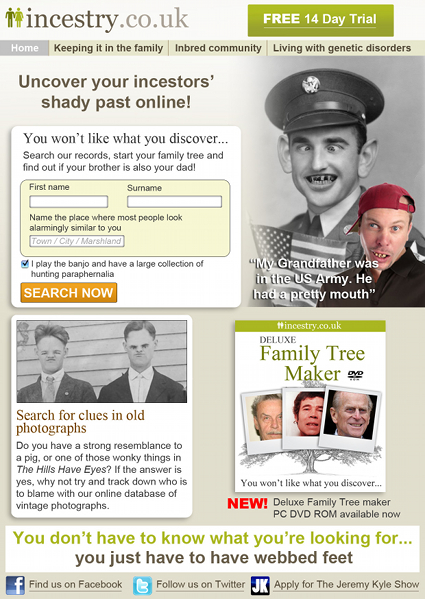