A THREE-DAY weekend has reinvigorated workers’ resentment of the shit they have to do for money.

Sales co-ordinator Emma Bradford said: “There’s nothing like a tantalising taste of freedom to make the drudgery of your daily toil seem ten times as dreadful as it did last week.

“The break from the Monday morning routine makes you realise you could be something other than a puppet in the hands of money-obsessed bastards. Then it’s over before you have a chance to really get into it.

“Before the day is out I will shout at an innocent person, or cry, or both.”

Retail assistant Tom Booker said: “Here I am again, folding up jumpers in an air-conditioned hell while dreaming of my next toilet break.

“Perhaps it would be better to never have holidays of any kind, because this murderous feeling is so hard to control.” 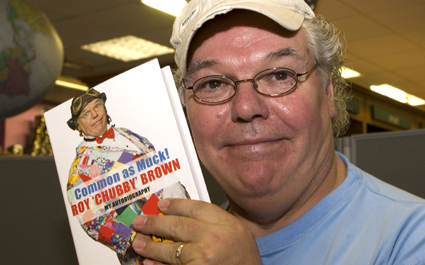 DAVID Cameron has been spotted leaving the home of popular ribald comic Roy ‘Chubby’ Brown in the early hours of the morning.

After Russell Brand pledged support for Labour, the prime minister immediately booked a meeting with the successful goggle-wearing stand-up.

A Conservative source said: “Brand is only popular with effete students who are too lazy to vote, whereas Chubs is the voice of the thick-necked ordinary man who rises early, works hard and drinks a terrifying amount of Stella.

“Also he takes positive ownership of his weight by getting the entirety of Wolverhampton Civic Hall to chant ‘you fat bastard’. That’s very inspiring to the plump 50 per cent of the electorate.”

David Cameron said: “Chubs and I enjoyed two hours of talks during which we ate working class ‘selection box’ biscuits and found much common ground, especially on the subject of Nicola Sturgeon, who we agree is a right old boiler with a face like a smacked arse.”