TV adverts featuring sunny barbecues should really include jet packs, it has been claimed.

Shops filled with charcoal and marinated meat on a stick are continuing to insist that cooking outside in Britain remains a viable option.

But a survey found that most people now believe that barbecue-based adverts are trailers for a new film based on a story by Philip K Dick.

Wayne Hayes, from Stevenage, said: “There’s an M&S one where the sun is beating down on a British back garden which looked so fantastical I expected Edward Norton to jump over a hedge while being pursued by flying robots.”

He added: “My nan talks about this summer tradition of outdoor cooking, but she also reckons Christmas adverts used to start in December.

With the growing market for summer-based fantasy, Danny Boyle will direct White Heat, starring Ewan McGregor as a man with just 24 hours to get his barbecue hot enough to cook something.

McGregor enlists the help of a diverse range of quirky characters in his bid to cook a chicken breast all the way through, but fails because none of them have ever been outside for more than 20 minutes at a time.

Gove drops himself from history curriculum 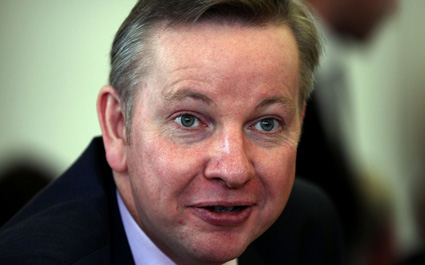 THE history curriculum will no longer focus on the ascent of Michael Gove.

The education secretary had hoped school children would study the key figures from British history that made him what he is today.

But he has been forced to abandon the plans after teachers, parents and historians threatened to bury him in a pub car park in Leicester.

He said: “Like Britain itself, I am the perfect fusion of Adam Smith, Benjamin Disraeli and Florence Nightingale.

“Unfortunately – because of communists – children will now have to work out for themselves why I am better than Rosa Parks and Bob Dylan.”