A FIVE-year-old beard has sought a divorce from his 28-year-old London-based owner.

The facial hair will move in with an ironic sailor tattoo, formerly attached to a burlesque dancer named Cherri.

The beard said: “Hamish was a nice enough guy, but it felt like I was carrying him in social situations rather than the other way around.

“People would say ‘Hey, great beard’ but rather than introduce me he’d blather on about the boutique festival he was curating.

“By the end I was deliberately trapping bits of pulled pork in myself just to spite him, and that’s no way to live.”

The beard added: “I’d like to say we’ll stay friends, but now he’s clean-shaven I don’t expect he’ll be invited to any of the interactive cinema events on my social calendar.”

Ebola survivor has list of crazy diseases he wants to catch 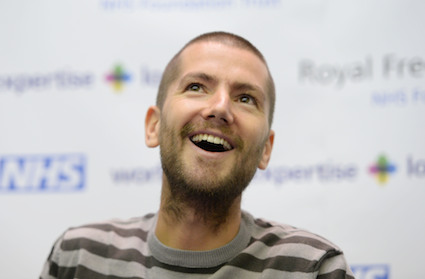 THE British Ebola survivor is to return to Africa because he has another four insane diseases on his to-do list.

William Pooley’s disease checklist includes West Nile virus, Lassa fever, leprosy and the one that is caused by a tiny fish swimming up your urine stream and right into your penis.

Pooley said: “It was good to get Ebola out of the way first because it sounded hellish.

“West Nile virus has a wonderful 19th Century vibe to it, while Lassa fever sounds like a song.

“The tiny fish thing does sound absolutely mental so I’m tempted to leave that until last.

“But there is the chance the leprosy could cause my penis to drop off.”