Being 'reasonable' is for total f**king dickheads, agrees Britain

HOLDING reasonable political opinions is now only for total shitheads who should shut the fuck up forever, it has been confirmed.

As Britain’s newspapers branded judges ‘enemies of the people’ for a legal ruling and compared the Brexit process to the horrors of the second world war, the public agreed that frothing at the mouth like a rabid dog is the best way forward.

Susan Traherne, from Gloucester, said: “You know those people who say ‘there’s right and wrong on both sides’ and ‘politics is about compromise’?

She added: “In 2016, it’s all about taking the most extreme position possible on your end of the spectrum and characterising the other side as the Nazis, or Stalin, or the Khmer Rouge if you fancy something a bit exotic.”

He added: “If anyone even tries being reasonable around me, I’m punching first and asking questions never.”

This is tyranny not democracy, says party with single MP 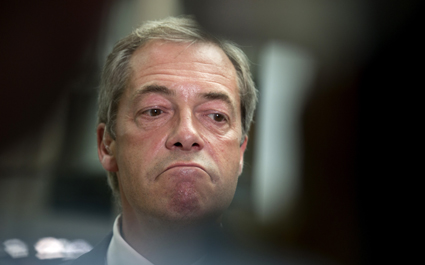 UKIP has asserted that democracy can only be upheld if everyone does what they and their single MP demands.

Former UKIP leader Nigel Farage, speaking because UKIP’s elected leader was forced to resign by people who did not agree with the result, said Britain risks having its future decided by an unelected group of ideologues.

He continued: “Democracy means something, and if it can be overridden by those who are unable to gain power legitimately it is no longer democracy but something much darker.

“I do not care who in the media elite supports these fanatics, who are determined Britain will bend to their will and tell whatever lies it takes to get their way.

“UKIP will certainly vote for hard Brexit in Parliament. Well, I hope we will. I’m not on speaking terms with our MP right now.”