BENEFIT assessments have been replaced by TV game show-inspired challenges including ‘Dole or No Dole’.

Under the controversial changes which were introduced last month, claimants are asked to choose from a row of boxes, one of which contains a Job Seekers Allowance cheque.

However the low success rate has led some claimants to speculate that all of boxes are empty.

The new, fun claims system varies between the regions.

In a test inspired by the daytime quiz Pointless, claimants in Coventry are only successful if they can provide a reason for being out of work that no one else has ever used.

Meanwhile in Cardiff, the unemployed compete in a general knowledge challenge called Who Wants To Be A £71-a-week-aire?

Job seekers have complained that the contest discriminates against the state-educated, as half the questions are about the grouse shooting season, and the other half are asked in Latin.

JSA claimant Donna Sheridan, 34, explains: When I finally got my cheque, it was made of metal and had Blankety Blank written on it.

Work and Pensions Secretary Iain Duncan Smith said: Although less benefits have been paid, millions of people have qualified for a Brucie Bonus.  That could be anything from a Teasmaid to a carriage clock. 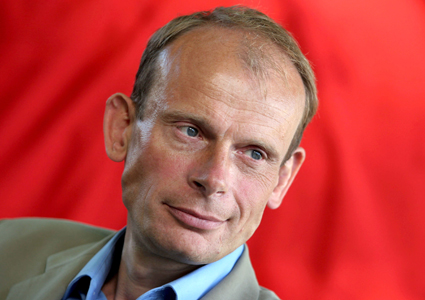 “It made me into a supercharged fanny magnet,” says shocked political journalist.