Bin collections, and other things your local Facebook group is weirdly obsessed with

IS your Facebook group frighteningly vigilant about which day the recycling is collected? Then these topics might seem familiar:

If the bin collection times differ by even a minute from the usual schedule, everyone kicks off. Someone mentions refusing to pay their council tax until this travesty is sorted out and it quickly escalates into Roy Hobbs from number 42 having a caps lock rant about bringing back hanging.

60 per cent of the group’s content is photos of badly parked cars with vicious comments added in an attempt to name and shame the owners. Everyone slags them off but they never know because they live 20 miles away and are just using the cul-de-sac as a free car park whilst they pop into town.

Retired head teacher Margaret Gerving writes a long, hysterical post about a strange man approaching her house very early in the morning and fiddling with her letter box. She warns everyone to be vigilant for dangerous, drug-fuelled burglars. Turns out it was the postman.

A small contingent of the group are obsessed with dog poo, especially when it is found within a five-metre radius of the end of their drive. They threaten to shoot any dogs crapping near their house. The dog owners threaten to shoot them.

Helen Archer is worried because she hasn’t seen her cat for five minutes. She uploads several cute photos and a desperate plea for people to keep an eye out for Tilly, whom she loves more than life itself. Tilly turns up safely the next morning to eat her breakfast, because she is a cat.

'That's where they'll be shackled': Priti Patel's tour of a quarantine hotel 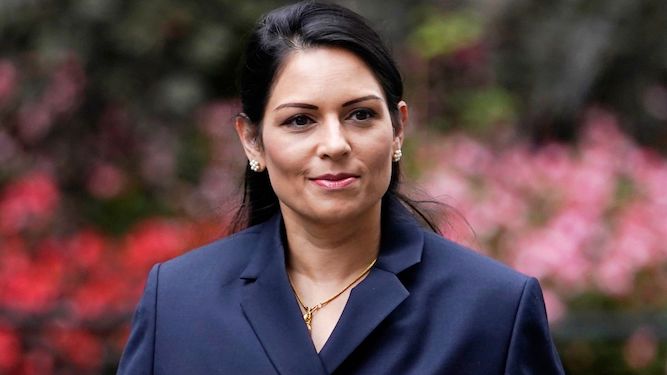 WITH mandatory quarantine being introduced for incoming travellers, home secretary Priti Patel offers an exclusive tour of one of the designated hotels.

“Welcome to Travelodge London Heathrow Central, now known as Travelodge Dungeon One. We chose the Travelodge chain to save costs on the conversions, as they based their hotel designs on prisons anyway.

“No, those shackles next to the kettle and milk portions aren’t modernist industrial interior design. They’re to ensure the inmates comply with the quarantine. Did I say inmates? I meant ‘guests’. Anyway, I initially pushed for putting them in small bamboo cages, so they’re getting off lightly as far as I’m concerned.

“We’ve installed food hatches in the doors to slide their three daily meals of thin gruel through. They aren’t big enough for them to escape, but if anyone loses enough weight to somehow squeeze out there are armed guards outside every lift.

“What I love is that they have to pay for the miserable experience themselves, which is great value for the taxpayer and adds another level of humiliation. Like when you grab a civil servant’s arms and make them punch themselves while saying, ‘Stop hitting yourself!’

“I don’t think we’ve made quarantine too harsh. Yes, I am smirking.”