Binge drinkers ‘most intelligent and sensitive’

BINGE drinkers are highly sensitive intellectuals coping with the inherent pain of human existence, it has emerged.

Despite appearing to be anti-social hedonists, binge drinkers are courageous individuals who have considered their meaningless existence in an infinite cosmic void and decided to get pissed.

Data inputter Wayne Hayes said: “For me, war and famine preclude the existence of a loving god, which is why I am drinking 15 Sambucas in a rammed chain pub.

“Later I shall probably cop off with a fat girl I don’t really fancy just to take my mind off the fact that everyone and everything I know and love faces certain oblivion.

“There is no God, however there is lots of booze.”

Waitress Nikki Hollis said: “I believe Shelley best encapsulated the futility of human endeavour with the line ‘Look on my work, ye mighty, and despair’ from the 1818 poem Ozymandias. I expect he shat himself in kebab shops too.

“Once you’ve seen the truth, four bottles of Lambrini is the only rational option. To paraphrase Nietzsche, I have looked into the abyss and been sick in it.”

Recent attempts by the police to reduce binge drinking by handing out life-affirming pictures of kittens, sunsets and loving families failed after drinkers said their fragile beauty was too poignant. 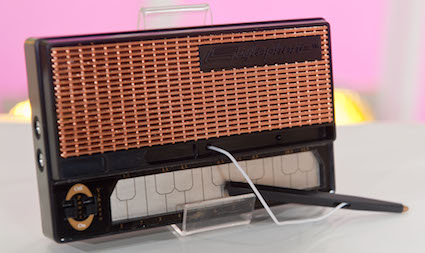 ROLF Harris has been stripped of his honorary Stylophone.

The makers of the miniature synthesiser wrote to the sex criminal in prison demanding he return his Stylophone, including the little plastic stick you use to press the keys.

Harris advertised the instrument in the 1970s and was awarded a lifetime lease on the only Stylophone ever sold.

It was presented to him in an elaborate ceremony in Canterbury Cathedral, during which he pledged to ‘exemplify the Stylophone’s inherent humanity’.

A spokesman said: “Clearly that oath meant nothing to him. The Stylophone will now be returned to the Golden Vault to await the emergence of a worthy master who can wield it with grace and skill.