Birmingham Is Ghastly, Says Travel Writer Who&#8217;s Been There

THE city of Birmingham and its inhabitants are so ugly they make your eyes boil, a travel writer who has actually been there said last night.

Tom Logan, an editor for the Lovely Planet series, said he had written approvingly of the city's renaissance after reading glowing reviews in a number of rival publications.

Logan said he had been impressed by the city centre canals, continental-style cafes and top class shopping, including its distinctive architect designed Selfridges.

However, after actually visiting the city one day by accident, he realised it was utterly ghastly while the local population was visually repellent and virtually incomprehensible.

Logan said: "I am a travel writer, so naturally I don't tend to get out much. As a profession we are very much tied to the desk.

"But you can't just cut and paste stuff out of the other books and put it in your own. No, you have to jumble all the words up first and then put them in your own. That takes time."

He added: "I only wanted to go to High Wycombe but I fell asleep on the train. The Venice of the Midlands? Only if Venice looks and smells like a gigantic shit.

"And what does 'yow want cheeps, cock' mean? Is it something to do with fried potatoes or are they asking me to touch their privates?"

Rowling Unveils Plan To Have All The Money 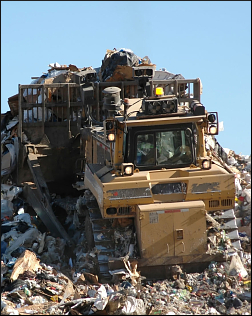 BILLIONAIRE author JK Rowling last night told a New York court that she would very much like to have all the money there is.

Rowling, creator of the Harry Potter series of lunch boxes, has launched a legal action against some poor people whose money she wants to add to her own

The author is also demanding worldwide rights to the word 'potter' and any combination of the letters 'h', 'a', 'r', and 'y'.

Rowling said: "When I started out, I was a single mum on benefits, writing in a café because I couldn't afford to heat my home. Even so, I didn't care about money.

"But now I do. A lot. And it's brilliant. If you get the chance you should buy yourself an estate, set aside an acre or two and build a fort out of money. Then you can pretend to be the Queen of Money.

"And of course, if you're the Queen of Money it means you have to have all the money.

"In fact, I'm going to buy that old café and fill it with money so that when people walk past they'll say, 'that's where JK Rowling wrote Harry Potter and now it's full of her money'."

Rowling said she had worked hard for her fortune, adding: "I invented the concept of wizards and wrote down a lot of words. At one point my fingers got terribly sore.

"But now other people want to write down words about the words I wrote down and then say the money they get from that is theirs and not mine. I don't think so."

Rowling has also warned the manufacturers of oven-fired ceramics that their days are numbered.

"Either change your job title to 'pottists' or give me my money."