A BORED mum is under a month away from becoming pen pals with some American convict, it has emerged.

Joanna Kramer got divorced a few years ago, her kids have left home and she wants to do something that is a hobby but may even lead to a relationship.

Her son Ian said: “We have to accept that we either start inviting her round for dinner more or going round there for dinner more or she’s going to start writing to some guy called Marcus ‘The Roadside Strangler’ Davis who is currently based in Ohio state pen.

“And I get enough ballache from my actual dad without having to deal with a stepdad too.”

Joanna Kramer said: “All I said was those poor men in massive American prisons must have so much time on their hands.

“I expect they might like to read about how I went to Tesco last week but didn’t have a pound for a trolley.”

Kramer’s daughter Emma added: “Alright, we can have her round every other Monday as well as Thursdays and probably Sunday afternoons too.”

Beckham still less of a prick than other footballers 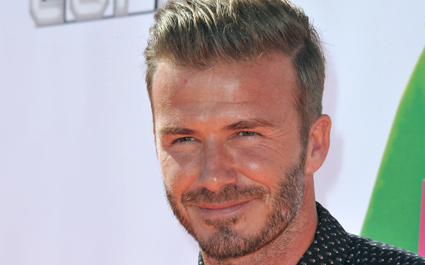 DAVID Beckham’s hacked emails have revealed that he is far less of a prick than most footballers.

Private messages revealed that although he can be a bit demanding and petulant, Beckham is at least not an aggressive sex pest or a racist bastard.

“Beckham might come over as a bit of a knob sometimes but he’s way better than most football men.

“He’s basically polite, has never punched anyone in a restaurant and would probably stop and lend you some jump leads if your car had broken down.

“Clearly his wife is a bit weird and they have far too much money. But if you’re making moral judgements about someone based on reading their stolen private messages, you might want to have a good think about that.

“Also Piers Morgan fucking hates him which is good enough for me.”