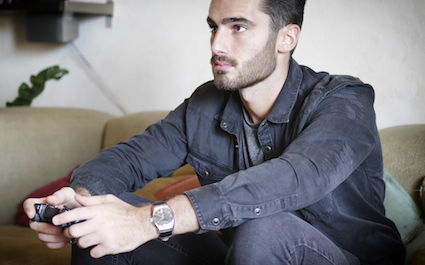 A 28-YEAR-OLD has once again pretended he has genuine plans for the weekend.

Nathan Muir, who lives on his own in a city-centre apartment, tiredly told questioning colleagues he might go to a bar or gig when he actually intends to collect all the skulls in Halo 5.

He said: “The deceit is killing me. Why must I feign having a life?

“Just once I’d like to say ‘I’m going home, I’m firing up the console before I get my coat off, and it’ll probably be 9pm before I even order pizza. Because I can, and if you could so would you.’

“But instead I pretend that I’m not doing the exact thing I want to do all weekend long and invent the kind of tedious social obligations that I’ll be blissfully ignoring for Titanfall 2.

“It’s not my fault they’ve all got kids and want to live vicariously though me. I shouldn’t have to make up some fantasy life where I go to a ‘restaurant’ with ‘friends’.

“Though it is useful when I’ve been on GTA Online until 4am, and I just act hungover.”