Britain borrowing way too much stuff

BRITAIN’S borrowing is out of control, with clothes, DVDs and cookware topping the list of things that need to be given back.

A recent spring clean has uncovered boxes full of borrowed items which are taking up valuable space in the flat which Britain could really use for its own stuff.

More than 60 DVDs, including The Pursuit Of Happyness and The Transporter 3, have been identified as belonging to friends or acquaintances, but Britain has little idea who.

Tom Logan, from Hatfield, said: “I think these Battlestar Galactica box-sets belong to Gareth but if I try to give them back he’ll ask me if I watched them. And who the fuck lent me Paranormal Activity?

“Who do these books belong to? Why have I got three copies of The Girl Who Kicked The Hornets’ Nest? Will anyone mind if I give them to a charity shop or put them in the bin?”

Other borrowed items include a 2002 Barcelona away shirt thought to have come back from five-a-side, a hedge-trimmer with a severed power cable, the purpley-red coloured Trivial Pursuit and 17 casserole dishes.

Economists believe this level of borrowing is affecting growth because Logan’s girlfriend Emma Bradford is refusing to let him get any new stuff until all this other shit has been got rid of.

Meanwhile, Bradford has her own collection of borrowed items, including a Babyliss hairdryer that no longer has the volumising attachment and a pair of gold gladiator sandals with stains on them that might be blood.

Ferguson and Mancini to hold derby on the astral plane 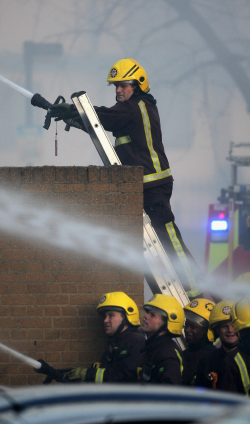 NEXT week’s Manchester derby has been cancelled in favour of a titanic psychic battle between the two managers.

Sir Alex Ferguson and Roberto Mancini began engaging in mind games just after Christmas, but their struggle moved to a new realm of being when the United manager destroyed Mario Ballotelli’s mental balance with a bolt of psychic energy during the Arsenal match.

Mancini retaliated by causing Ashley Young to suffer persistent flashbacks to being an SAS officer in training, imagining the penalty box was a room full of hostages he had to dive-and-roll into.

The sky above Manchester has turned blood-red as the two managers lock minds. Mancini is a fully-qualified witch in the Italian ‘Stregheria’ tradition, while Ferguson has attained the ninth rank of druids and practices human sacrifice.

Reports from dogs speaking in the tongues of men suggest that Ferguson is attempting to raise the spirit of Duncan Edwards to play in midfield.

Meanwhile Mancini, according to words written in fire on the Manchester Ship Canal, hopes to use his opponent’s own blood pressure against him and explode Ferguson’s head like in the film Scanners.

On the physical plane the two managers have engaged in a war of nerves with graciousness and politeness as their weapons.

Mancini struck the first blow when he claimed that Manchester United had already won the title and that they would be welcomed to the pitch with a guard of honour.

Ferguson hit back by saying that City were the rightful winners of the Premier League and that his team would be lying on the grass to make a living carpet for them to walk on and, if they wish, to use as urinals.