Britain in Bloom to include cannabis plants

The scheme had previously been limited to legal plants, but organisers decided that marijuana can be aesthetically pleasing.

A Royal Horticultural Society spokesman said: “Britain is home to some of the world’s most dedicated weed growers who are constantly innovating in the world of hydroponics.

“A lot of these growers are working will minimal resources, often just in their own loft, basement or airing cupboard.

“But they produce outstanding crops, with big sticky buds covered in orange crystals.”

28-year-old Stephen Malley has a grow room in the Easton area of Bristol: “I’m proud of my crop and it’s great to finally get a bit of recognition from someone other than the police.

“Ideally I’d like to get school parties in here on a weekly basis to help with weighing and to learn about the many uses of hemp.”

“Walk down any quiet back street in a city and you’ll get the distinctive, pungent waft of skunk from a house with all the curtains drawn.

“It’s part of our national identity, like cream teas.” 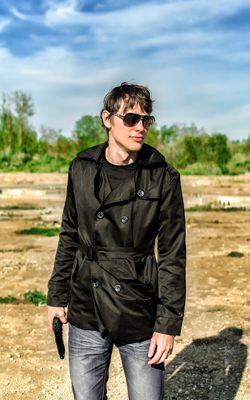 ALL of the £76M raised on Red Nose Day will be used to hire a crack team of killers, it has been confirmed.

The group, known only as The Rectifiers, will deal with the politicians and warlords most responsible for child poverty around the globe, in a slick takedown operation.

“The assassin community has been incredibly supportive and we’ve had killers ringing in offering their services for free because they are really into Comic Relief.”

13-year-old Emma Bradford raised £108 by organising a cake stall at her school: “I think it’s great that the money is going on undetectable toxins for real-life ninjas.

“It’d be great if one of them could come into an assembly and explain the real story behind Joseph Kony’s mysterious heart attack.”

A Comic Relief spokesman said that next year’s campaign will focus on the UK: Spoiler alert – a certain old Etonian may get woken up at 3am by men in balaclavas wielding the latest child poverty figures and a knife the size of a horses cock.