CENSUS researchers are baffled after it emerged that nearly four million more people are choosing to live in Britain than in 2001.

The figures are much higher than expected, given the country’s prevalence of dreadful weather, poor quality televised entertainment and small muscular dogs with massive teeth.

Professor Henry Brubaker of the Institute For Studies said: Around 55% of the increase is due to migration, showing that Eastenders isn’t nearly as popular as we might think. One episode of that would convince me to set fire to my passport and embrace whatever murderous regime I was living in.

I know these figures will be pounced upon by Mail readers but the issue of whether Britain is too easy is quite separate to why anybody would bother clinging to the underside of a lorry for three days to come to this shithole.

“I guess it’s like stealing used socks from a car boot sale. If you’re desperate enough to do it, you probably deserve to get away with it.”

The UKs population density rating has been altered accordingly, from mid-morning bus in a provincial town to last orders at a Newcastle wedding reception and a campaign has begun to make Britain an even less attractive place to live.

Professor Brubaker said: Were expecting the Olympics to have a big effect, of course, as it will provide the final straw for many people who dont want to live in a country that pays twenty five billion pounds to host a militarised PE lesson.

“And I expect the nations diet will soon have reached the additive-laden point where producing a healthy sperm will be like trying to carve a miniature crystal unicorn with your feet whilst sat on a bouncy castle.” 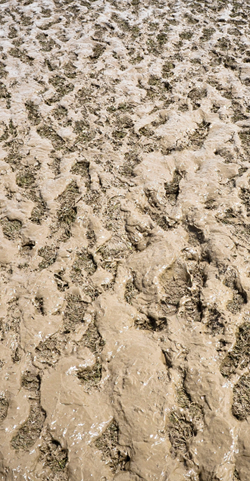 THE UK’s festival industry is reeling from a new study which concludes that music listeners reach the peaks of aural pleasure when warm and dry.

The revelation follows a weekend of Somme-like conditions at UK festivals, which saw families at a boutique event in Kent trapped in a folk tent and forced to listen to public school girls singing about forests until emergency services could cut through the canvas.

Researchers at the Institute for Studies played 1,000 people music in a range of environments, from leather armchairs to a disused battery-chicken shed full of corpses and slurry, designed to simulate the dance tent at any large festival.

They found that bands sound better pre-recorded, that being drenched and knee-deep in faeces detracts from the overall listening experience, and that not being able to see anyone in a ‘funky hat’ releases a flood of dopamine into the brain.

Professor Henry Brubaker of the Institute for Studies said: Being at home on your own sofa drinking gin and tonic from an actual glass is more conducive to enjoying music than being shoved around by brain-dead bikers in a massive ditch.

Festival organisers have subsequently announced that all festivals will be cancelled and have pledged funding to help victims of outdoor music.

Plasterer Tom Booker said: I went to T In The Park to see the Kaiser Chiefs, who were doing one of those nostalgia tours where they play their classic song I Predict A Riot in full, and it was one of the most harrowing experiences of my life.

I still get flashbacks and Ill be in therapy for the next ten years. But, thank God, at least nobody else will have to see the horrors Ive seen.