Britain only capable of emotions when there is a ball involved

BRITISH people cannot feel emotion unless they are looking at a small spherical object, it has emerged.

As the nation prepares to invest a year’s worth of passion into an afternoon of tennis, experts have claimed it is all about Britain’s ball fixation.

Psychologist Mary Fisher said: “I performed an experiment in which a group of Britons was shown footage of war, death and famine. There was zero emotional response, if fact they just sat there eating Pringles.

“Then I showed then a variety of balls – football, tennis and cricket.

“Just balls, on a chair.

“They began cheering and whooping. Several of them burst into tears and one large man tried to punch me.”

Fisher explained her ‘ball theory’: “Britain has been so into sport for so long that it has evolved a powerful emotional response to small spherical things.

“Everyone’s looking forward to this afternoon’s tennis, not realising they’d enjoy it just as much if there were no players and the court was just filled with spongy balls, like a children’s soft play area, with the occasional pigeon landing on them.” 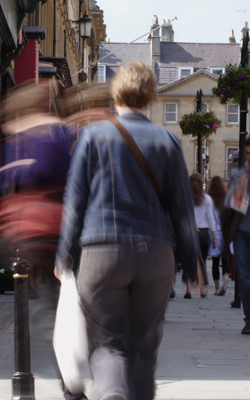 THE public are idiots, people who serve them have observed.

Research by the Institute for Studies found the maxim ‘the customer is always right’ to be entirely inaccurate.

Professor Henry Brubaker said: “Britain is a service economy, so we decided to ask servers whether they found the general populace to be rude or stupid.

“Our findings show the public to be rude and stupid, to a degree which cannot be overestimated.

“You are just horrible.”

Department store assistant Nikki Hollis said: “You wouldn’t believe the number of times I’ve found people trying to put on a pair of trousers like it was a jumper. Then when I explain to that the garment should be going on their lower body they call me a bitch.

“I don’t want to be a human any more, I hate our species. Why wasn’t I born a dog or a monkey?”

Waiter Tom Booker said: “So many customers deliberately drop cutlery on the floor just to make me pick it up.

“Even worse are the ones who talk to me in a kind, pitying voice and saying things like ‘I used to do your job once, I know how hard it is’.

“Basically you cannot work with the public and not hate the public.”