MOST of Britain could cheerfully go on a three-day session after just one day back at work, it has emerged.

Despite the UK’s workforce making New Year’s resolutions to stop behaving like Oliver Reed at John Belushi’s wake, by lunchtime yesterday most of them were doodling pictures of cocktail glasses and complaining of having a bit of a throat on them.

Carlisle office unit Wayne Hayes said: “After being forced to stare at the 300th photo of our receptionist’s granddaughter eating a pie I started doing shots of Tippex under my desk.

“By five o clock I was stood on the photocopier with my tie around my head singing a very angry version of Dirty Old Town so I think I can safely assume my 2012 bonus has already been nicely fucked in the ear.”

Government health officials have blamed society’s binge drinking culture for the increase in pint-related workplace daydreaming but have acknowledged the mitigating factor of enduring a throbbing liver while having to deal with other people’s shite.

It is estimated that every January, over four million work hours are lost to people staring idly out of the window wondering if it is too early for a whisky and coke.

Some companies have tried to tackle the issue by making the work environment more comfortingly pub-like by installing a fruit machine and getting line managers to flick the lights on and off twenty minutes before 5pm.

But Hayes said: “I probably wouldn’t sit at my desk fantasising about absinthe all day if I wasn’t pissing one third of my life away for a pittance in the backwater of some storm-tossed dingy rock in the North Atlantic until my inevitable heart attack in my mid-50s and yes this coffee has got vodka in it.” 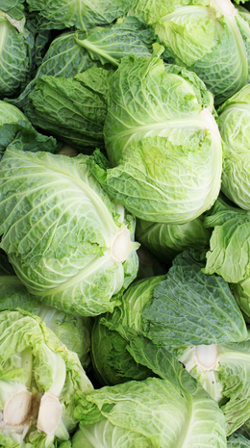 The literature is also peppered with quotes like ‘this healthy dish is perfect for fun eating’ that are steadily eroding Britain’s will to live.

Mother-of-two Emma Bradford said: “The use of the numeral ‘4’ instead of ‘for’ to create a groovy ‘text-speak vibe’ particularly makes me want to turn on my deep fat fryer and stick my head in it.

“I am also fairly certain that the phrase ‘rustle up’ will be used extensively. Those two words always make me want to ‘rustle up’ a twelve bore and stick it in my mouth.”

She added: “The next time the government gets a TV chef and a supermarket – the two great fucking sages of our time – to tell me to eat my greens perhaps it could first consult a dictionary and look up the word ‘adult’ before opening a tenth-floor window and leaping out of it into a skip full of rusty metal.”

Teacher Bill McKay said: “Apparently fatty, processed foods can shorten life expectancy. Which is great news if you’re existing in a country so mired in patronising pigshit it can not longer sustain non-irritated humans.

“I would rather die on my flabby feet clutching a Rustlers burger and a can of ‘energy drink’ than kneel before Harriott’s grinning, disembodied head and say ‘help me mighty one, for I cannot distinguish between crisps and an apple’.”