Britain to continue in normal state of ridiculous incompetence

BRITONS are relieved to discover that life will continue in its everyday state of raging incompetence and chaos.

After it was confirmed there was no clear plan for anything, millions of people breathed a sigh of relief that the total confusion to which they are accustomed will not be ending any time soon.

Shopkeeper Emma Bradford said: “We’re neither in or out of Europe, with nobody in charge or any clear plan for anything and the looming spectre of Boris, which is exactly how I like it. I’m so used to utter chaos now that it gives me a nice cosy feeling.

“Perhaps we could have a referendum on the name of the country, with a million different options including ‘Custardopolis’ or ‘Country McCountryface’. Then put YouTube in charge of building hospitals.

“That would be reassuringly, traditionally fucked up.” 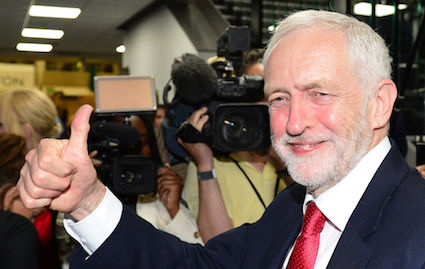 LABOUR leader Jeremy Corbyn has congratulated himself after being beaten by a political idiot.

Corbyn insisted that ‘nothing could stop him now’ and it was only a matter of time before he was defeated by whichever monumental cretin the Tories choose next.

He said: “I am very confident that I can now be beaten by a classic British idiot like Boris Johnson, or even someone as utterly moronic and dreadful as Andrea Leadsom.

“If the Tories are stupid enough to choose a dimwit like Liam Fox or David Davies then I can promise them both a reasonable level of victory.”

Calling for the current idiot to resign, he added: “The great test of a non-idiot politician is not just to beat me, but to beat the absolute living shit out of me.