THE birth of a 15-and-a-half pound baby heralds a golden age of plenty.

Cold and hungry Britons, huddled around flickering tealights, insisted everything was going to be fine after the arrival of Massive George.

Jane Thompson, from Peterborough, said: “On the same day the government announces food stamps, the Gods reveal unto us a gigantic baby.

“And he is named George King. Can you not see that we are truly the chosen ones?”

Bill McKay, from Hatfield, added: “It’s an omen that the time of the Great Squeeze is at an end and we will all soon feast, our tables heaving with geese and pineapples and mini iPads.”

McKay added: “Of course he’s called George King. He could not be anything else. He’s our massive British baby with a great British name.

The government, the Church of England and the Queen will be appointed as Massive George’s co-guardians to nurture and protect the Great Child until he can begin the Golden Time of his benign, all-loving dictatorship.

Meanwhile, he will be paraded though the streets of London twice a year atop Britain’s largest cow and pointed at crafty foreigners who think they are better than us.

Nikki Hollis, from Stevenage, said: “We must preserve all of his stools.” 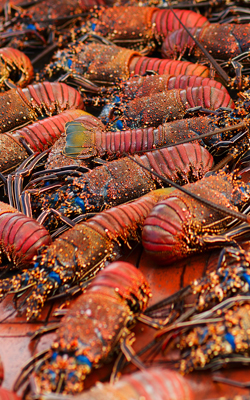 THE US Supreme Court is debating whether America should follow Biblical laws on eating shellfish.

The ban on ‘whatever is in the seas and waters that does not have fins or scales’ is passionately supported by conservatives.

However it faces opposition from Americans who experimented with shellfish in their youth, or have relatives or friends who have eaten shrimp.

Norman Steele, from Dallas, said: The Lord had it right, these are detestable things. Like it says on my t-shirt, flag and car – GOD HATES CRABS.

But Tom Booker, from Pasadena, said: Were not forcing anyone to do anything they dont want to. Why cant you enjoy your chicken just because Im lustily devouring a big shiny red lobster?

Nikki Hollis, from Chicago, added: If my friends and I want to munch on a juicy oyster, thats what we’re going to do.

“These small-minded people are just losing their shit because secretly they want to feast on bivalves.

The pro-shellfish lobby has accused their opponents of ignoring other verses of Leviticus which prohibit tattoos, wearing garments of mixed fabric, and homosexuality.

Norman Steele said: Shit, I dont care if a couple o dudes want to ride each other’s assholes all night – aint none of my beeswax. Long as they aint eatin’ no scallops at the same time.