Britain wakes up to what the actual f**k

THE UK has woken up to what the f**k happened? We were all still doing normal stuff two weeks ago? Holy shit.

The entire country has emerged into wakefulness, remembered last night’s announcement, and tried to comprehend the fact that they have been ordered by the prime minister to stay in their homes.

Nathan Muir of Ludlow said: “What? Even though I was expecting it, and I support it, and it’s probably the best thing to do, f**king what?

“I went to a gig two weeks ago. I was at the cinema the weekend before. I absolutely pissed myself when I saw some bird in Asda with a surgical mask on. Now this?”

Donna Sheridan, aged 29, agreed: “I’ve been making loads of jokes about never leaving the house again. But now I… can’t leave the house? Or the police will arrest me?

“That’s completely insane. Or it used to be. Now I actually think it’s a good idea. Again: what the f**king f**k?” 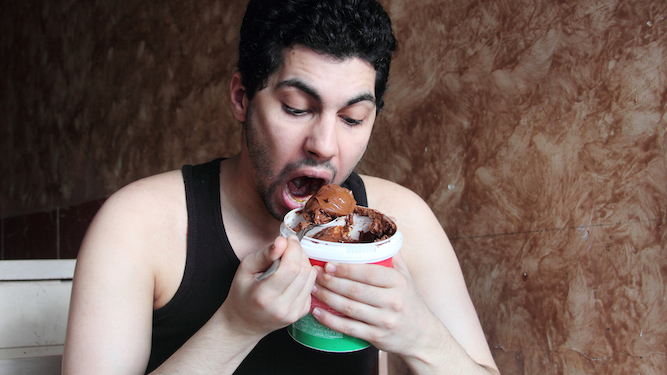 BRITONS are physically incapable of having nice food or booze in the house without shoving it down their greedy throats, they have admitted.

Home stockpiles of biscuits, wine, beer, crisps and chocolate laid in for a possible 14 days of isolation are already severely depleted within days of purchasing.

Martin Bishop of Amersham said: “I’ve hidden food in the shed, under beds, and in the loft but within hours we turn into crazed, hungry animals and go on the hunt for some chocolate Hobnobs.

“I’ve done three stockpiling runs since Thursday. This is like in early December where we buy all the food in for Christmas, then eat it.

“The good news is that we’ve still got loads of dried pasta and rice left. Nobody’s touching that. The bad news is we’ve eaten 48 packets of Quavers since Friday.”