Britain’s only observer of Lent in chocolate disaster

THE only person in Britain who still does Lent is in the midst of a savage chocolate frenzy.

Julian Cook, 34, from Stevenage, is devouring Creme Eggs in one gulp and making ‘chocolate sandwiches’ out of two Wispas and a Lion Bar.

“Then he takes them to his shed and slams the door shut. You would not believe the noises. My God.”

Mrs Cook added: “He is the Destroyer.”

Welfare cuts are 'none of your business', says Osborne 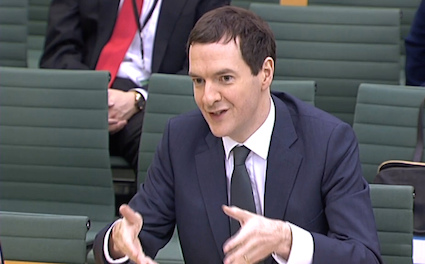 GEORGE Osborne has refused to discuss how much wants to take from the poor to give to the rich because it is his ‘private business’.

Appearing before the Treasury Select Committee, the Chancellor said his welfare cuts were ‘very personal’.

Osborne told Labour MP Rachel Reeves: “They’re like poems that I write about my feelings but don’t want to show to anyone. How would you like it if I asked to see your poems? I feel violated.”

Tory voter Donna Sheridan backed the Chancellor, adding: “He’s obviously very upset. If that’s what he wants to do then leave him alone.”

Meanwhile, Tom Logan, a pot smoker and communist, said: “Wouldn’t these details possibly be of use so people can see what he’s doing with our money?

“Not to ruffle any feathers by asking questions or anything. I’m just thinking out loud.”

Osborne said: “I know where you live, hippy.”