British soldiers ‘may not be groovy hippies’

AN organisation that arms people and then gives them orders that must be followed without question may not be producing hippies, it has emerged.

As four serving British soldiers were arrested on suspicion of being members of a neo-Nazi group, there was widespread surprise that the Army includes some people with extreme authoritarian tendencies.

Conservative backbencher Deny Finch-Hatton said: “British soldiers are groovy, laid back pacifists who joined the army so they could go to Afghanistan to commune with nature and buy cheap tie-dye clothes.

“It’s what makes the British Army the loveliest in the world and also why we need Trident submarines.

“If these allegations are true then the Army needs better quality cannabis. Perhaps something Morrocan with a sweet, chill-out vibe that still allows you to drive a tank or fly an Apache helicopter.”

But Professor Henry Brubaker, of the Institute for Studies, added: “Angry, racist soldiers getting together to plan a violent overthrow of democracy was actually how the Nazis started.

Maybe we could not do this shit and have less stuff, says clearly insane co-worker 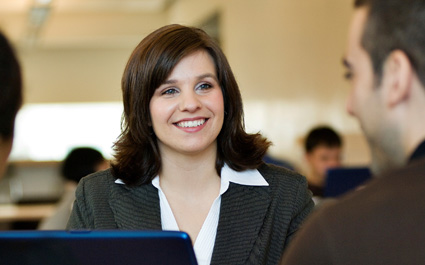 AN OBVIOUSLY mad colleague has suggested doing less work in exchange for having less money and things.

During a discussion among office workers about how much they hate their work, Nikki Hollis suggested they could perhaps quit and then buy less stuff.

Hollis said: “This job is awful but adequately well-paid, so we’ve all gotten into buying tellies and sofas and so forth.

“But we could probably quit and do something less lucrative but more interesting, or go part-time or something.

“It’d mean having less stuff. Like driving around in an old car, getting second-hand furniture, that sort of thing. People chuck out loads of perfectly decent things so your main living costs would be rent and bills.”

Co-worker Tom Booker said: “I always thought Nikki was a bit eccentric but never knew she was fully mental. Imagine making your own sandwiches, giving up massive coffees or going on holiday in a caravan.”

Hollis was reported to HR and called in for a chat, after which she was taken from the building in a sort of ambulance.