Britons long to be servants

THE UK’s pathetic obsession with posh people is caused by a desire to perform menial tasks for the upper classes, it has emerged.

Researchers at the Institute for Studies found that 83 per cent of Britons just wanted to be put back in their place, even if that meant warming slippers for contemptuous big house-dwellers.

Professor Henry Brubaker said: “The reason why every other telly programme is some utter cack about ‘poshness’ is that ordinary Britons cannot handle freedom or any sort of self-determination.

“Like faithful spaniels we recognise our masters on the television, and long to be back in their massive cold houses, living in a cupboard under the stairs and getting mercilessly beaten with a wicker chair for overdoing Lord Plankton-Bowers’s boiled egg.”

Marketing consultant Stephen Malley said: “I’ve earned a bit of money but to be honest I’ve still got horrible taste. Clearly I am a born pleb and have applied for bedpan-supervisor roles in various big houses.

“Hopefully I can progress up the ranks to the top servant position of ‘ruddy-faced below-stairs bully’.”

Kids planning to get drunk on chocolate liqueurs 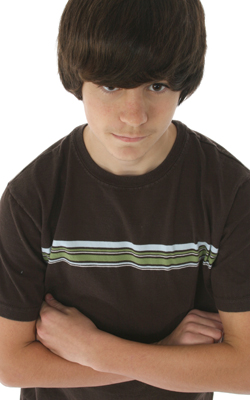 A GROUP of 13-year-olds has revealed plans to get wasted this Christmas by eating a lot of chocolate liqueurs.

Despite being forbidden to drink more than one small tantalising glass of wine with dinner, the adolescents vowed to get properly intoxicated on syrupy alcohol encased in chocolate.

But after ingesting vast amounts of Cointreau and Baileys-filled confectionary, Im pretty sure were not pissed yet, although I have been getting terrifying sugar rushes.

Surely the alcohol must start working soon. I hope so, because my dentist says I have the teeth of a 17th century sailor.

The youngsters procured the chocolate liqueurs from grans, corner shops and the backs of cupboards where they had been placed last Christmas after everyone found them sickly.

Fellow teen Nikki Hollis said: I cant wait to find out what its like to get completely off your face on Famous Grouse in a small chocolate bottle.

Earlier I had a weird sensation which I thought might be drunkenness, but it was just creme de menthe fumes clearing my sinuses.

Hayes said that if the liqueur plan failed they would try again with cans of shandy and cider-flavour lollies.