Britons to get lessons in splitting up

BRITISH people are to receive coaching in how to split up with each other.

January is the most popular month for separation, but experts believe Britons are unable to end a relationship without being completely weird about it.

Government relationship advisor Donna Sheridan said: Many couples lack basic splitting up skills. For example, when a relationship ends its a good idea to stop having sex with each other while crying snotty tears.

Similarly, its more important to discuss issues like child custody or dividing up valuable joint assets than screaming at each other over who gets to keep a CD of Crocodile Shoes by Jimmy Nail.

The etiquette of splitting up is equally confused. If you split up with someone, its better to actually tell them, rather than just unfriending them on Facebook and sleeping with their best friend.

And after breaking up with someone, its also more productive to start looking for a new partner instead of murdering them, burning your house down and hanging yourself in some woods.

Office worker Tom Logan said: When I split up with my girlfriend Julie, I decided the best way to come to terms with it was to post vile misogynistic comments on internet forums.

That didnt really help, so I got drunk and smashed up a phone box. Strangely, needing 14 stitches in my hand did not heal my broken heart either.

Teaching assistant Nikki Hollis said: I find the best way to split up with someone is to spring it on them completely out of the blue, ideally during an expensive holiday.

UKIP to buy all the houses in Stevenage 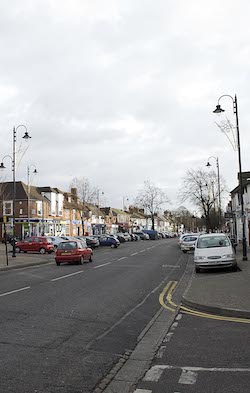 UKIP is to buy houses in Stevenage until it can take over the town and turn it into a self-governing mini-Britain.

Inspired by Aryan supremacists in North Dakota, the party believes that as soon as it owns more than half the buildings in the Hertfordshire borough it will be able to do whatever it wants.

A spokesman said: The current opinion polls suggest were not going to win any seats. Nobody knows why.

So, in order to satisfy our white-hot desire for total control, it will be easier for all concerned if we just buy a town.

We will swiftly turn Stevenage into a utopia, or as Nigel calls it a yook-topia. Everything in the town will be British. Well, English really. Were not savages.

Martin Bishop, a UKIP member from Didcot, said: I will load up the Qashqai with food and guns and head east, probably via Aylesbury. Some say it takes just under two hours.

I plan to make contact with some native estate agents. I have beads, tobacco and an agreement in principle from Santander.

As soon as I am settled, I will send for my wives.